Is Mark Mayoka a Superstar? 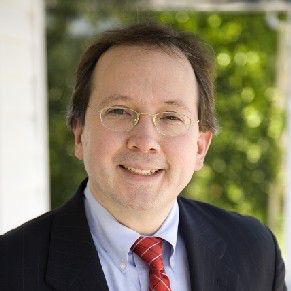 At a Huntington Town board meeting on Tuesday, August 2, 2011,  Frank Petrone and Mark Cuthbertson went into a tirade (see video below) toward fellow councilperson Mark Mayoka. It seems to have been brought on by Mr. Mayoka questioning the financial policies of this current administration. In addition, Mr. Mayoka questioned why Mr. Cuthbertson was abstaining from a particular vote on a resolution. During the outburst Mr. Petrone cried out, “Do you think this makes you the superstar of the people”?  To which Mr. Mayoka’s response was “this behavior is unprofessional and I am trying to save the people money”.   So is Mr. Petrone correct, is Mark Mayoka considered a superstar by the people?

In asking around, it does seem that many residents sincerely like Mr. Mayoka. Reasons expressed range from that he is a gentleman, polite, he seems to identify with the average person, and he really wants to serve the needs of the people in a fiscally responsibly way. People around the Huntington Station area seem to be especially fond of him because he strongly opposed the Avalon Bay project. Many of the opponents to the Avalon Bay project describe themselves as single family home owners who are just trying to protect their quality of life. They were very offended that they were regularly portrayed as radicals by the other Towncouncil members and other supporters of Avalon Bay. “Mr. Mayoka was our only voice on that Town Board.” expressed a Huntington Station home owner who didn’t want to be named for fear of retaliation by the other board members.

Dan Fucci, who attended a Long Island Regional Planning Council meeting recalls witnessing members of the council including Paul Tonna belittling opponents of the Avalon Bay project, calling them a group of radicals intentionally spreading misinformation.  To which Mr. Mayoka responded in defense of these people.  He explained to the council these are hard working folks who own single family homes in the Huntington School District community.  They are concerned about overcrowding in their schools and a whole host of other issues surrounding this project.  He suggested that he would join any member of the Council at any time to ring door bells in the Huntington School district community in order to educate the commission about what these people had to say.  Fucci described feeling relief that there was an elected official in the room that actually cared what he and his neighbors were concerned about.

Reverend Jerry Artis who was trying to obtain a town facility to organize an intramural basketball league for teens that live around the Jack Abrams community, felt he was not getting the support he needed from the Town Board.  He finally decided he was going to show up at Town Hall and not leave until he could get the facility he needed to get the program off the ground.  He was looking to utilize Manor Field.  It occurred to him that he never approached Mr. Mayoka to ask for help.  Being a lifelong democrat, it was a natural reaction to approach the democrats on Town board first. “I decided to step out of my comfort zone and approach the loan republican, Mr. Mayoka.   Mr. Mayoka’s office was very helpful and enthusiastic,” expressed Reverend Artis. They gave support and guidance and seemed to be genuinely excited by this worthwhile project.   Thanks, in part to Mr. Mayoka, this goal will be a reality and will expand to other recreation opportunities in the fall.”

Kristin Kanzer who is a parent of a young child in the Huntington School district describes her interaction with our current Town council members and her feelings toward Mr. Mayoka. “When Avalon Bay went through with NO incentives for our schools, which are already suffering with a closed school due to violence, large class sizes, big teacher lay-offs, and the elimination of some Academic Support Services and of SD3’s prized full-day kindergarten program, I wrote to Supervisor Petrone and our four Town Council people twice asking if they would please schedule a meeting for the parents of SD3. “We are worried about what Avalon Bay means for our children.”  Ms. Kanzer asked that included on the agenda for this meeting would be where they derived the projected number of new pupils from Avalon and where they derived the numbers for what new revenue would come into our schools through Avalon.   Some of us who are working parents don’t have the time to read every press release or go to every meeting.   It would have been a real chance to open dialogue with some of their constituents.   Mr. Mayoka was the only councilperson who responded to my request.   I’m a lifelong Democrat. I’m not sure I have ever voted for a Republican in my life.”

Mr. Petone’s comments seem to highlight the things the residents like about Mr. Mayoka. What people seem to be most impressed about is in this age of partisan politics, Mr. Mayoka seems to be different than the typical politician.   He is approachable and sincere and seems to really care about the will of the people. Then again, in the eyes of hardworking individuals who have a complete lack of trust in our Government, maybe being a politician who is approachable, honest, polite, and sincere is all you need to be considered a superstar by some.

2 Responses to Is Mark Mayoka a Superstar?