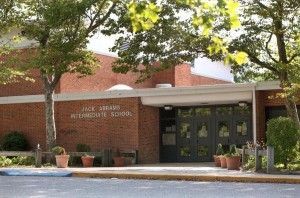 Imagine for a moment that a small portion of Anytown USA was invaded by another country and the result was that certain facilities were taken over and occupied. Would we as a nation tolerate that and move along?  Would our Government remove the visitors and turn our backs on the residents who live there? It seems absurd to even imagine that. Would we tolerate it if the occupiers were home grown American’s.  That could never happen in this country, or could it?

Jack Abrams Intermediate school was closed on July 19, 2010.   It is now a mostly empty building located in the middle of a residential community. If you drive around the areas of Lowndes, Tower, Church Street and Windings in Huntington Station, you will see the smiling faces of children at play, residents pushing baby carriages, neighbors talking in the street. You will see pretty tree lined streets, quaint homes, may of which hold dear memories for lifelong residents of the Huntington Township. Mixed in to the typical things you see in a suburban community, you will also see, dilapidated over occupied homes, drug deals on the street, rival gang houses and blight. These are the things that eventually caused a movement to push for the closing of the building.  The obvious things that are different around the Jack Abrams school than any other school in this township is the number of illegal apartments, absentee landlords, and blatantly ignored code violations.

The struggle over the fate of Jack Abrams has been going on for years.  Many parents did not feel that there was a safety issue that warranted the school closing and many others did.  More than one year later none of the issues that got the school closed in the first place have been addressed. In fact, the silence is deafening like a dormant volcano. Although the reason cited for closing the building was safety, it is more than likely to remain closed for the next few years for a variety of other reasons. That doesn’t negate the fact that the problems of this struggling community has not been adequately addressed.  So why is this once hot button issue barely talked about anymore? The reasons range from the most altruistic to the most sinister, with the later group playing on the good nature of the former. In the end the reasons for this building being closed are government ineptness and corruption, poor leadership and those who choose to profit off our most vulnerable residents.

Although the event of closing JAI is often portrayed as a knee jerk reaction to a new problem, it is hardly that. The closing of the school is not the issue per say, it is one of the many symptoms of a much larger problem. It is also misleading to describe this community as any other throughout this Township. It has some unique issues that date back several decades.  Parents held rallies, signed petitions and endured countless meetings pleading with all levels of government to address the worsening problem.  When it became increasingly clear that the current Town Board was not going to address the real issues, a movement started to close the school.  There was also an equal force that was pushing to keep the school open.  The community became hopelessly divided.  Instead of trying to bring all parties together, our Town Board, other elected officials and the media either avoided the problem or capitalized on the divide so they would not be forced to finally address the underlying issues.

In addressing this emotionally charged and complex issue the Huntingtonian is hoping to shed some light on this topic.  Unless you are one of the many individuals who lived through this period of turmoil, it is hard to paint an accurate picture which is why we have decided to tell this story over several weeks.  We encourage participation but any mean spitited comments will be quickly deleted.  Feel free to comment priviately to tips@huntingtonian.com .   We  are hoping that at the end of the, Closing Of Jack Abrams: Past, Present & Future, feature our readers are better informed and we as a community are more equipped to address this complex problem.

We will continue next Friday beginning with the history of urban renewal.