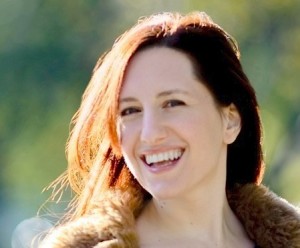 Elaine Romanelli’s music might best be described as contemporary folk-pop with a Celtic lilt. Her clear voice andearthy songwriting meld movingly on her first full-length album, Real Deal, a 2010 release that is chock-full of catchy story songs about love, fear, and keeping going. Elaine’s prior EP, Better By Far, sold out twice on CD Baby, while the popular track “Fly” has been included on two compilations – CD Baby Top Sellers August ’06 and The Open Mike Cafe Presents (2007). In addition to singing and writing songs, Elaine has also produced, directed, acted, arranged, composed, and taught. Elaine performed during last month’s Huntington Folk Festival, and the Folk Music Society of Huntington is delighted to bring her back to perform a full set of songs in her beautiful soaring soprano. (www.elaineromanelli.com) 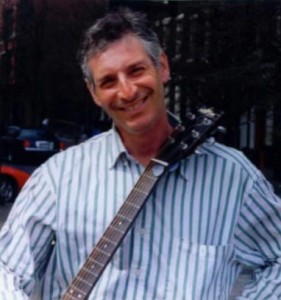 Ron Renninger is an accomplished singer-songwriter and guitarist who has released five CDs, been a sought-after session guitarist, and composed songs that have been heard on film and TV soundtracks during the course of his career. The slightly raspy baritone, who last performed for the Hard Luck Café nearly a decade ago, has been cited both for his distinctive vocals and his fine guitar work that are woven seamlessly around well-crafted, heartfelt and often powerful songs. “Ron‘s music seems somehow to tap into the subconscious; he’s able to put into words those thoughts and feelings that usually lie just below the surface,” says singer-songwriter Christine Lavin, who calls him “truly a great singer, songwriter and guitarist.” Similar praise has also appeared in several publications of note. A music writer for The New York Times commented on his “well crafted, well sung and superbly played original compositions,” while Performing Songwriter Magazine referred to him as “an artist whose fuse and muse still burn bright.” (www.ronrenninger.com)

Established in 1973, the Cinema Arts Centre (www.cinemaartscentre.org) seeks to bring the best of cinematic artistry to Long Island and use the power of film to expand the awareness and consciousness of our community. LI’s only not-for-profit, viewer-supported, independent cinema presents a wide array of films that are often accompanied by guest speakers and discussions.
Now in its 43rd year, the Folk Music Society of Huntington (www.fmshny.org) presents two monthly concert series, a monthly folk jam and sing-along, and an annual folk festival in conjunction with the Huntington Arts Council. On Saturday, Oct. 1, FMSH hosts Tracy Grammer, an international touring artist best known for her work with her late partner Dave Carter, at the Congregational Church of Huntington on Washington Drive (off Route 25A) in Centerport. An open mic at 7:30 p.m. precedes the concert. The next Hard Luck Café series show at the Cinema Arts Centre is set for Thursday, Oct. 20. Rob Lytle and Karyn Oliver, both of whom were finalists in the prestigious Grassy Hill/Kerrville New Folk Competition for Emerging Songwriters this year, will be the featured artists.
Facebook Comments must be signed into Facebook