“My campaign is going to be about the issues,” Deborah Poulos 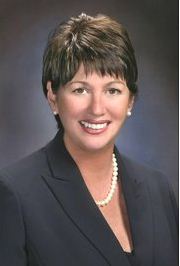 Poulos Believes Voters Deserve a Campaign Based on Issues

“My campaign is going to be about the issues,” said Poulos.  “I think the voters of Suffolk County will appreciate the effort to reform the campaign process here locally.”

Poulos’ pledge proposed that all campaign materials, press releases, and other communications be limited to issue-oriented and voter education information only.  Personal attacks and name calling would be strictly prohibited.

“I am hoping that Mr. Stern will agree.  We can agree to disagree on the issues without resorting to personal attacks,” said Poulos.  “By signing this pledge, we are showing our commitment to the people of the district.  During these tough financial times, the voters deserve debate strictly on our visions for Suffolk County.  Let’s lead by example.”

Poulos felt it was important to initiate this pledge after finding out that the Huntington Democrat office started conducting a negative push poll over the weekend with false and misleading personal attacks on Poulos.  “I am calling on Mr. Stern to stop these phone calls today.  I am sure that they are doing these negative calls at his request.  I would have thought he would have known better.  He needs to stop them and sign my pledge today,” said Poulos.  “Is he willing to defend his record or he is only willing to conduct a dishonest campaign?  Voters have a right to know.”

Conduct regular office hours.  Poulos will hold office hours both during the day and evenings to make herself available to everyone. Hold regular town meetings.  When needed, Deborah will conduct town hall meetings on the important issues confronting the county.  She believes that it is crucial to keep people well informed.
Send out regular newsletters.  Poulos will use her campaign account, not taxpayer dollars, to send out a regular newsletter to keep the public informed. Leverage the Internet to keep citizens both engaged and informed of community resources and events.  Poulos will help create an online forum where county departments and community groups can research programs, share best practices, and communicate with constituents.

Poulos is a lifelong resident of Long Island.  She has a deep commitment to the community.  She is a founding co-member of a Dix Hills civic organization, supporter of the Lustgarten Foundation, the American Diabetes Association and the Crohn’s Disease Foundation, and member of the St. Paraskevi Greek Orthodox Shrine Church.  Also, she serves as an advisor to the Philoptchos Society—a women’s philanthropic organization serving our community.  Professionally, she is a founding partner of the law firm—Lefkowitz and Poulos.  She is a member of the Suffolk County Bar Association and the Suffolk County Women’s Bar Association.

Voters can find more information on her by visiting www.VoteDeborahPoulos.com