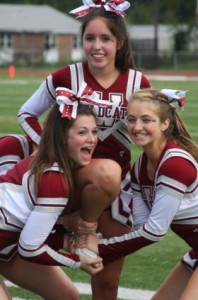 By the end of the first half,  it was Whitman 34 and Centereach 6. “We’ve come along way since last year.” said Whitman Coach Robin Rosa. “We’re bigger, stronger, and faster.” Watching Centereach try to stop Whitman running back Darrell Felder, it was clear the Centereach defense was in for a long afternoon. Whitman Quarterback Mitchell Bermudez ran a smooth offense mixing up the hard running of Felder, speed of Runing Back Berthin Lindor and pass catching ability of Timothy Laster who scored a touchdown on a 19 yard pass from Bermudez and again scored on a 90 yard kick off return. Whitman scored on each of its first three possessions. Whitman’s team Captains; Felder, Laster, and offensive lineman Kieran Elmore showed solid leadership in leading the Junior heavy team to their first win of the season 41-19. Whitman is ranked number 9 in Suffolk County Division 2. “We have to prove ourselves this year.” said coach Rosa. “We are in a tough division and while this win was important, we have a lot of work to do to get ready for next week.” 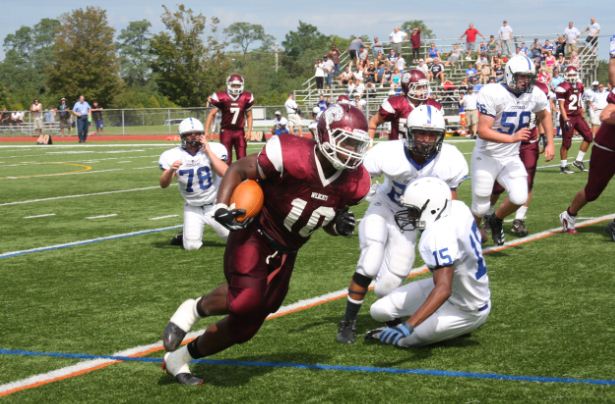 Wildcat Darrell Felder, #10 on his way to his second touchdown in the first half. 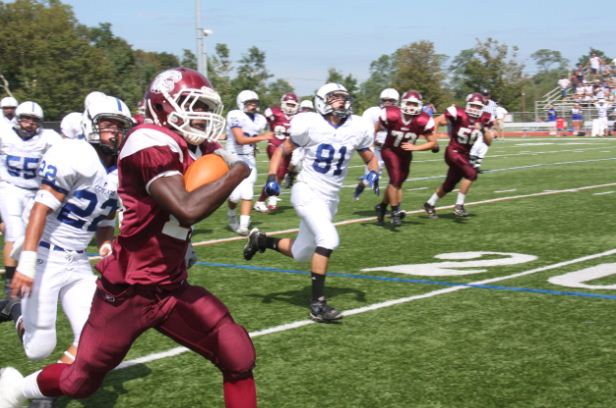 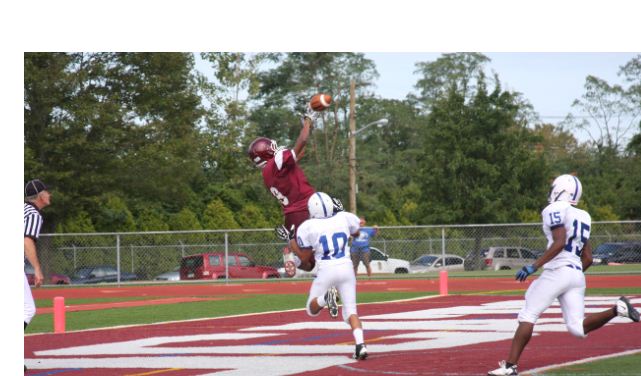