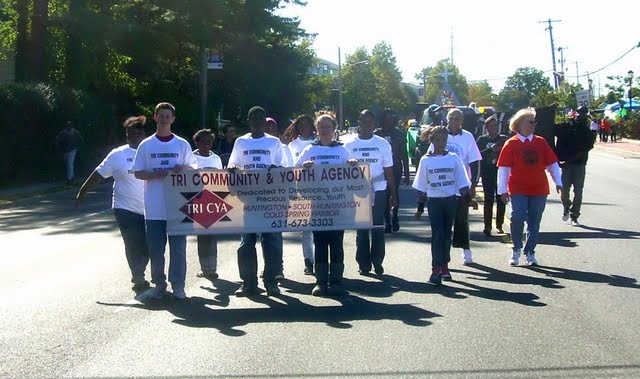 Parade kicks off at 10 a.m. at New York Avenue and West Hills Road

Between Railroad and Church Streets

Last year, more than 5,000 people attended the parade and fair which, as it does again this year, carried the theme Unity in the Community.

This year, the event promises to be bigger and better, with a parade scheduled to include more than 400 marchers, two high school marching bands, 40 motorcycles, 40 antique cars and participation from many community groups.

The all-day fair will include live music and other entertainment from three stages, rides, food and 50 booths from companies and not-for-profit organizations.

The parade will honor longtime Huntington educator Jack Abrams, who is the grand marshal, and 16-year-old Jalen Sair, who helped save another teenager from drowning a few months ago.

Some unique and exciting activities include: