Last week the Huntingtonian made the charge that the current Town Council members participate in systematic examples of discriminatory practices and we believe that they don’t have the desire to improve the situation for Huntington Station residents.  We don’t believe that they intend to take the necessary steps to improve the quality of life and safety around certain parts of Huntington Station. We can only speculate why they choose to leave things in a state of disarray around parts of Huntington Station.  We promised to provide specific examples of how housing policies, lack of code enforcement and mismanagement of funds assisted in the escalated crime levels in the area and the eventual closing of one of our Town’s public schools.  We would like all levels of Government to take the necessary steps to help improve the quality of life and safety of all Huntington residents by addressing the issues that caused some to push for the closing of The Jack Abrams School.

In August of 2010, a Suffolk County judge appointed a temporary receiver to make unannounced visits to a home in East Northport, install security cameras on the exterior of the home and hire security agents to monitor the residence at 42 Norton Drive in East Northport.  This address was the location of repeated criminal activity according to police.  This legal action was brought by the Town of Huntington.  The Council members sought legal action to force Salvatore Napoli from his home at 42 Norton Drive in East Northport because he was promoting criminal activity.  The board voted unanimously to deem Napoli’s property “a repeat public nuisance.”  Napoli was in violation of Chapter 50 of town code, which cites offenses such as possession of illegal drugs and prostitution.

“Our concern all along centered on how the activity at 42 Norton had created a public nuisance that seriously was affecting neighbors’ quality of life,” said Frank Petrone . “Judge Hackeling’s order is a good first step toward eliminating the activity that produced the nuisance and restoring to neighborhood residents the peaceful enjoyment of their own property and of the neighborhood that they so richly deserve.”

It should be noted that Napoli was arrested on several occasions but at the time the Council made this decision to protect the residents in the community, he had not actually been charged with any of his crimes.  All cases were pending.

This is a photo of 42 Norton Drive: 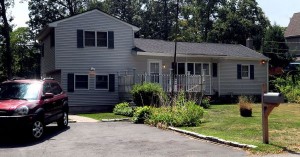 These were the charges against Napoli:

On Aug. 11, 2010, Napoli was arrested again at his home on some of the same charges. He also was charged with unlawful conduct for engaging in acts of prostitution and illegal drug transactions stemming from incidents that happened May 29 near his home.

We are asking our readers to reread Mr. Petrone’s quote from above and while doing so please reflect on the fact that we currently have a school building closed in another area of our town.

“Our concern all along centered on how the activity at 42 Norton had created a public nuisance that seriously was affecting neighbors’ quality of life, Judge Hackeling’s order is a good first step toward eliminating the activity that produced the nuisance and restoring to neighborhood residents the peaceful enjoyment of their own property and of the neighborhood that they so richly deserve.” Frank Petrone 2010

19 Church and 11A Church are known rival gang houses and are adjacent to the Jack Abrams school.  The police are aware of this situation.  According to residents in the neighborhood, there are often issues of violence surrounding these 2 properties.  On June 4, 2011, a 911 call was received that a huge fight had broken out. 14 Police cars arrived on the scene and arrested 3 men and 2 woman.

In August of 2010, Tarodney Sanders shot Ariel Perez and Bonnie McCoy when they were hanging out with a group of people in front of 11A Church at 2:00am. 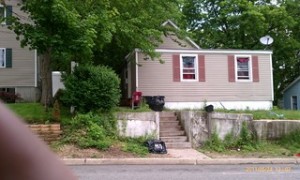 Some of the crimes associated with the Church Street properties are Murder 2, Menacing 2nd degree with a weapon, rape 1, assault 2, menacing with a weapon. 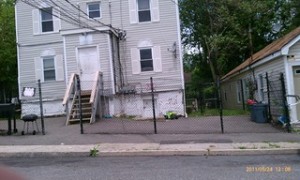 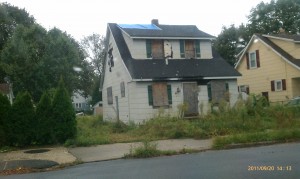 This home at 114 Columbia Street (pictured below)has many obvious code violations.  One of the residents were arrested for robbery with a gun.  It is listed as a single family home but improvements made to the home would suggest otherwise. 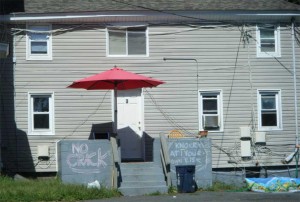 This home at 51 E 2nd Street was featured earlier this week on The Huntingtonian.  If this property doesn’t warrant an investigation, we are not sure what would.  One of the occupants was arrested for menacing 2nd degree with a weapon.