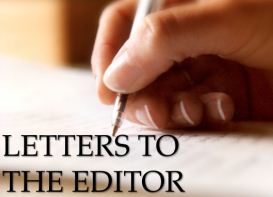 Lou D’Amaro wants my vote for County Legislature? Instead, I think after what he has done to Independence voters like me he should resign his position.

Specifically, last month, I and eighteen other members of the Independence Party were subpoenaed. What was our crime to deserve being issued a subpoena at our homes and businesses? Simply we had signed a petitioned for D’Amaro’s opponent. D’Amaro’s trumped up case failed miserably, the Judge throwing it out, but not after my 14 month old son and I went to Riverhead court for 4 hours. What an absolute waste and abuse of the system.

What was D’Amaro’s goal, he knew my signature and the others were valid? My guess is he was trying to deliver a message that I and others should never sign a petition again in the future. Sadly, he probably achieved that. When my husband spoke to D’Amaro, he said something to the affect that it was his right to bring us to court and he would do it again. Our response was we don’t need to vote for you.

But D’Amaro was not done. In the September 13th primary, despite having a fraction of the resources, his opponent defeated him by a significant margin to win the Independence primary. But again D’Amaro’s lack of character was on display. In a classic, incumbent political move he called in the media for a “press conference” claiming the “integrity of the voting system is now in question”. This is the same system that D’Amaro, as head of the County Legislature Ways & Means Committee, supported?

Fortunately, the bipartisan Board of Elections disagrees with D’Amaro, and has ruled the election results counted by hand with both sides present are valid. D’Amaro’s predictable reaction, he says he’ll sue.  I sure wish D’Amaro worked as hard for us as he does for himself.

In the end, D’Amaro knows he lost, but probably figures continuing this process will help take the focus off his abject failure to address crime in his district. Better D’Amaro should spend his time looking for a new job, hopefully he’ll need one.