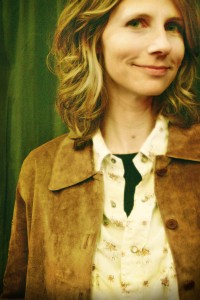 Tracy Grammer will be the featured artist when the Folk Music Society of Huntington kicks off its new season of monthly First Saturday Concerts at the Congregational Church of Huntington, 30 Washington Drive (off Route 25A) in Centerport, on October 1. Tickets for the 8:30 p.m. concert, preceded by an open mic at 7:30 p.m., are $20 ($15 for FMSH members), and are available at the door or by calling (631) 425-2925.

It’s the stuff of folk music legend how Tracy Grammer met Dave Carter at a songwriters’ showcase shortly after she moved to Portland, Oregon in 1996. The chemistry between them was immediate and intense; by 1997 they were touring together, and a year later they recorded their first album, titled after Dave’s hauntingly prescient “When I Go.” Two years later, Tanglewood Treewas the most-played album on folk radio for the year 2000, and they were one of the hottest acts on the circuit.”If the voice of modern folk is changing — it is going to sound a lot like Dave Carter and Tracy Grammer,” proclaimed The Boston Globe. “In any rational universe, Carter & Grammer would be spoken of in the same terms of Bob Dylan and John Lennon… their recording is that good,” according to Dirty Linen.The Grammer-Carter partnership was cut short, however, by Dave’s tragic death from a massive heart attack in July 2002. He died in Tracy’s arms, just three weeks shy of his 50th birthday. A few days earlier, the duo had performed at Huntington’s Heckscher Park in a concert co-presented by the Folk Music Society of Huntington.Just days after Dave Carter passed away, Grammer foretold her musical future in a letter she posted on their web site: “We need to keep this music alive, it was always my mission that the world hear and know the poetry and vision and wonderful mystical magic of David Carter. This path is broad and long; I hope you will stay the course with me.”

In the years since, Tracy Grammer has continued to tour internationally and has been a staple at the Falcon Ridge Folk Festival. Her solo debut, Flower of Avalon, was the most-played album on folk radio in 2005. The following year, she released Seven Is The Number, the last full-length Dave & Tracy CD. Her next release will include more duo recordings — several never performed publicly — that she discovered in a dusty box of tapes in her basement last summer. With her warm and emotive voice, guitars, and her signature fiddle, Tracy Grammer is keeping Dave Carter’s music alive while sprinkling a few traditional tunes and some of her own songs into her performances.

Now in its 43rd year, the Folk Music Society of Huntington (www.fmshny.org) is a nonprofit membership-based organization that presents two monthly concert series, a monthly folk jam and sing-along, and an annual folk festival in conjunction with the Huntington Arts Council.