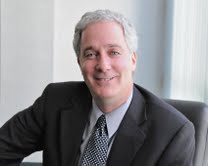 I would like to take this opportunity to update the community about the status of the proposed cell tower at the Vanderbilt Museum.

My office has determined that a formal legislative resolution would be required to approve the final contract for the cell tower at the Vanderbilt before construction could begin. To date, no such resolution has been filed. However, once the contract is finalized, it is possible (if not likely) that a resolution will be filed by Suffolk County Executive Steve Levy. At that time, the resolution will be assigned to a committee and will be on that committee’s agenda the following cycle. If the bill is approved out of committee, it will go before the full body of the Legislature at its next meeting.

As soon as a resolution is filed, my office will be able to will notify all interested parties of the dates of the committee meeting and General Legislature meeting. There will be time allotted for the public to speak at both meetings and legislators always welcome input from the public.

I believe that many of my legislative colleagues will be inclined to support the cell tower contract because it would bring much-needed revenue to the Vanderbilt Museum. However, I will not only oppose such a resolution but will also request that my colleagues likewise do so.

In return, I ask that friends and neighbors of the Vanderbilt Museum commit to assisting us in coming up with creative, revenue-producing ideas that will help the museum become self-sustaining. I also invite you to work with us in finding an alternative site for a cell tower to address the very real public safety concerns in areas of the surrounding community.

I encourage all supporters of the museum to join the newly reconstituted Friends of the Vanderbilt group, become a member of the museum and/or sponsor a new planetarium seat. Also, please do whatever you can to rally your neighbors to fight as hard as I have been fighting for the Vanderbilt Museum and Planetarium.

Suffolk County has a responsibility to maintain the integrity of the Vanderbilt Museum and its mission. However, in light of the substantial economic challenges the County is currently facing, any further funding by the County of the museum’s operating budget is extremely unlikely. If we are going to keep it from reverting back to the Vanderbilt family, with all the uncertainty that would entail, we need to work together now.

Thank you in advance for your support.