Richters Orchard – Part Of Huntington Since 1900

September 23, 2011 9:57 am | Filed under: Around Town,News,Northport,Visitors Guide | Posted by: Huntingtonian 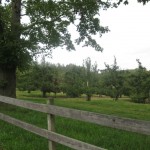 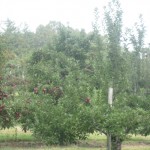 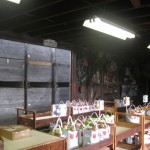 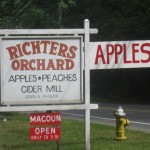 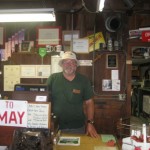 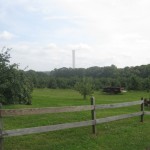 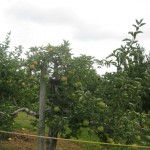 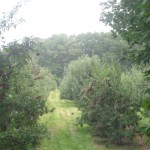 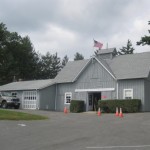 If you have never visited Richters Orchard or haven’t been there in a while, its time for a visit.  Brothers Louis and Andrew Amsler and their family have been Long island fruit growers since 1934.  The orchard has been in operation since 1900.  As you turn into the driveway of Richters orchard, you will see a variety of luscious apple trees. Continue on the road to the barn where the apples and cider are sold and you will feel like you stepped back in time.  The Orchard is located on Pulaski Road in Northport.  They are open August to May. Hours are 9 to 5 Monday thru Saturday and 10 to 5 on Sunday.  In August and September, they have peaches as well as apples.  They close in May which marks the end of the apple season.  On their shelves you will find many varieties of apples including, McIntosh, Ginger Gold, Macoun, Empire, Gala, and Jonamac.

About 1871, Frederick W. Richter came to America from Germany. After some 29 years in the confectionery business, he moved to Northport and fulfilled his lifelong dream of planting an apple orchard.  Even then, the sunny slopes of Long Island’s North Shore was widely known as having the ideal soil, drainage, and exposure to produce the highest quality and flavored fruit.  This was the beginning of Richters Orchard in 1900.  The orchard was improved and enlarged to become one of the first modern commercial apple orchards on long island, and has been operating continuously since that time.

1n 1934, after graduating from Farmingdale Agricultural College, Andrew and Louis’ Dad came to work for Mr. Richter.  Three years later, he leased the Orchard from Mr. Richter, and operated it on his own.  In 1946, after serving in the Navy Sea Bees in the South Pacific for three and a half years, he got married and purchased the orchard.  Mr. Richer had passed on and in honor of his memory, they continued operating it as “Richters Orchard“. They ran the business while raising three sons.

After Graduating fron Cornell University College of Agriculture, and working for their parents, the Amsler Brothers took over the operation of the farm.  Their parents retired in 1979. Their Dad passed away in 2003 and their Mom is now 90 and still enjoys helping out when the orchard is busy.

I had the pleasure of meeting Louis Amsler on my visit to the orchard.  He was happy to talk with me about the history of the farm and proudly stated that his 21 year old son has recently joined the family business.  He rang up my gallon of cider on an old fashioned cash register and I left, anxious to get home and sample the cider.  I was not disappointed as it was one of the best I ever had.  A perfect blend of sweet and tart and very refreshing.  I felt as if  I had put a straw in the most perfect tasting apple. This is not a pick you own orchard but the locally grown apples and perfect cider is worth the visit.  They offer a special cider during Thanksgiving and Christmas.

One Response to Richters Orchard – Part Of Huntington Since 1900