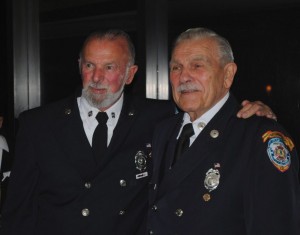 We asked Frank what he felt his most memorable moments were during his 50 years. Frank stated ” that going to fires and helping to put out those fires to help people” is his fondest memory. Frank has so many good memories about his service to the Huntington Fire Department over 50 plus years.

Douglas Marchi joined the Hose Protection Company of the Huntington Fire Department on October 16, 1961. Douglas is still an active firefighter after 50 years of service to the department. Douglas also served in the US Army from 1967-1969, a distinguished veteran with the 188th assault Helicopter Company. Douglas has served his community and country with dedication and courage for many years.

We asked Douglas what his fondest memory is of his 50 years of service. He explained that just last year he saved a fellow firefighter at a function who was choking. He performed the Heimlich maneuver to save his life. Another memory he shared was how he saved a life during a building fire. Douglas recalled a disturbing time during the 1970’s, when arson fires were being set all over town. This was a very disconcerting time for Huntington firefighters. Property and lives were at risk and tensions were high.

Frank And Douglas were surrounded by family and friends from all over the country. They seemed extremely happy to have their loved ones and fellow firefighters there to honor them.

The night started with the a salute to the flag, followed by a moment of silence to departed department members. Master of Ceremony was Neil Getter, Fire Chief from 2001-2002, and a survivor of the 9/11 attacks, having been on one of the highest floors in the World Trade Center.  The men being honored received several service awards. Town Clerk, Joanna Raia presented both firefighters with distinguished service awards for serving the community and the Town of Huntington for 50 years.  State Senator Carl Marcellino made a presentation followed by company presentations to honor these men for their dedicated 50 years of service.  It was a touching moment when Matt Getter, a member of the Hook & Ladder Company, recalled while presenting Frank Berleth his award, that Frank had presented the very same award to Matt Getter’s grandfather in 1969. Matt stated “You gave these same awards in 1969 to honor my Grandfather for his 50th with the Fire Department and I am pleased to be able to give you your 50th anniversary awards in return, thank you Frank!”

Chaplain Walter Kahrs followed with a blessing, which was then followed by a lovely diner and dancing for all to enjoy.  Frank and Doug, as well as many others in attendance in that room, are true heros who serve their communities everyday. 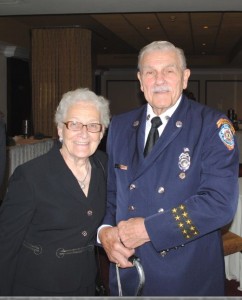 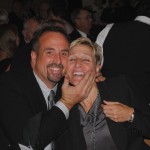 Fun & Love in the Room 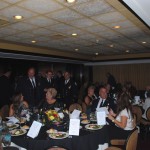 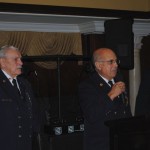 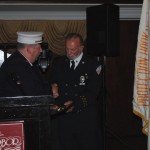 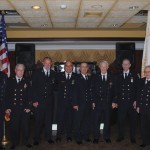 Men with 50 YEARS of Service To The Huntington Community 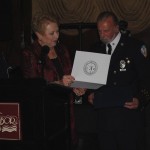 Proclamation from Town to Douglas 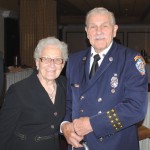 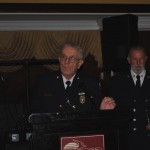 Chaplain Walter Khars with the Blessing 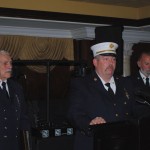 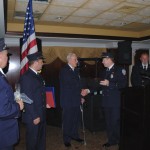 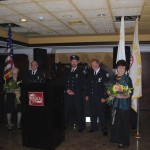 Firefighters with their Wives 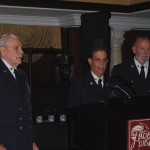 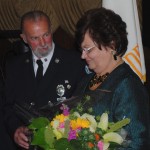 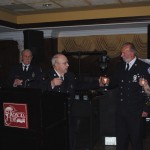 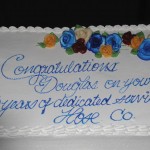 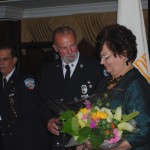 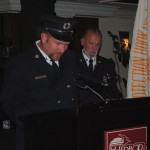 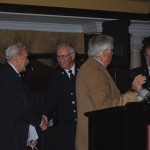 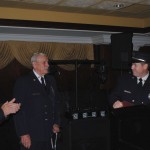 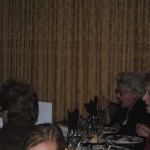 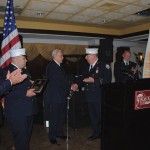 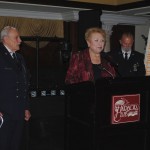 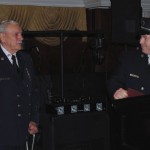 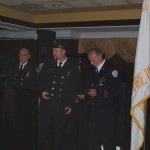 Douglas recieving another piece of hardware 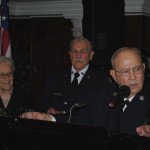 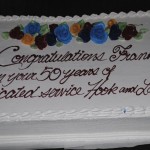 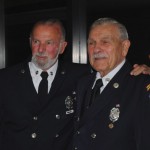 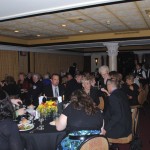