On September 27th, Gene Cook, who is a candidate for Huntington Town Board, addressed his supporters at Oheka Castle in Huntington and discussed his vision for our Town. The event was a chance to meet the candidate and was also a fundraiser for his campaign. The large room was filled with members from many different political parties including the Party Chairs from the Republican, Conservative and Independence Party.

Gene Cook addressed the crowd and discussed his vision for the future of Huntington.  He talked about his plans of being a politician who serves the people. He received a standing ovation from the large crowd.

It was an upbeat crowd and the general sentiment was that it was time to move Huntington into a new direction and to restore integrity to the office of Town Council. People seemed to really be enjoying themselves and the elegant atmosphere of Oheka Castle. Among those in attendance were Herb Morrow who will also be running along with Gene for one of two town council seats this November and Rob Conte, who is challenging Ester Bivona for Receiver Of Taxes.  Deborah Poulos, Dennis Garetano and Liz Black, who are running for the 16th, 17th and 18th Suffolk County Legislative Districts respectively, were all in attendance.   Councilman Mark Mayoka and Town Clerk Jo-Ann Raia were also at the event. 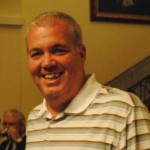 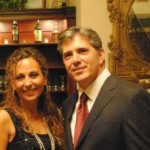 Gene Cook With His Wife Lisa 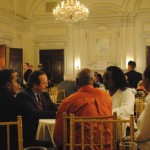 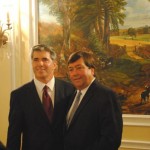 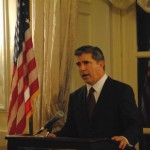 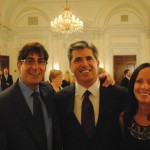