Beloved Teacher Will Be Missed

It was a sad day at The Washington School in the HUFSD.  Faculty, staff, students and their parents learned of the passing of one of the schools most beloved teachers, Mrs. Joan Balsari. She passed away Wednesday evening.  She had a long battle with cancer but she seemed to be in good health earlier this year and worked up until a few weeks ago.  She only learned recently that the cancer had spread.

Joanie, as people called her, was a 2nd grade teacher in Washington.  She became a teacher in 1996 and has worked in the district since 1989.  She was a lifelong Huntingtonian.  Joanie grew up in Huntington on 1st Avenue in Huntington Station where her mom still lives. She most recently lived in a home near Huntington High School. She graduated in 1968 with former superintendent Jay Finello. Mr. Finello recommended Mrs. Balsari for an appointment as a teacher in 1996.

Joanie was adored by all who knew her. She impacted the lives of so many Washington families.  The three things that people said over and over was that she was an outstanding teacher who was very loved, she adored her family and her daughter Denielle, and she had a great sense of humor.

“Joanie was loved by all of us here at Washington and losing her is devastating, principal Marcia Neville said. She was a professional who worked hard to give her students a fantastic classroom experience. The kids really liked her and so did their parents.  To say she will be missed is an understatement.  She is irreplaceable.”

Sophie Tasman has been an aide in Mrs. Balsari’s classroom for many years.  She was heartbroken as she spoke about her dear friend and colleague.  “She was the most wonderful caring teacher a child could ever have.  She was kind and loving.  We worked together for 14 years.”

Rob Conte who is a cousin to Joan explained that the family is devastated.  “Her husband Dennis and her daughter Denielle are terribly sad and the family is as well.”  He continued, “She always referrred to her students as her kids and she loved them.  She made a difference in the lives of so many”. Rob talked about Joanie being one of the funniest people he knew.  “She would often share great stories with the family about her kids at school,  she loved her job.”

Superintendent Mr. Polansky stated, “I met Mrs. Balsari formally this past summer while she was working with Project Play program.  I was readily able to recognize why young people are so quickly drawn to her.  In the months to follow, it was even more obvious to me as to why she was so deeply admired and respected by her students, colleagues, and all who had the opportunity to come to know her”.

In the words of beloved teacher Mrs. Balsari, “I encourage students to think for themselves and to come up with their own solutions and answers.  I don’t impose myself on anyone.  Every student should feel comfortable and be happy to come to school.  When a child feels good about himself and his class, he will soar.  Its exciting to watch it happen”.

Visitation will be at M.A. Connell Funeral Home on New York Avenue in Huntington Station on Friday, October 28, from 2-4 p.m. and 7-9p.m. 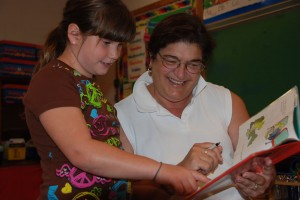 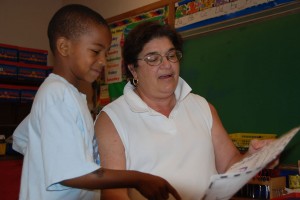