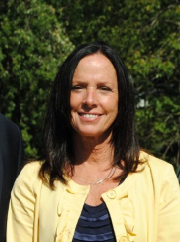 I am endorsing Liz Black for the 18th Legislative District. In my judgment in the 18th legislative race Liz Black is the only candidate who deserves the right to run. Dr. Spencer was chairman of the Huntington Housing Authority (HHA) an agency that has, at the very least, questionable practices. During the Huntingtonian’s  investigation of the HHA I have found that the HHA has accommodated Don Pius, the worst Slumlord in the town. Pius owns 90 properties and the overwhelming majority are in District 3. The HHA gives him over $2 million in Section 8 payments (1/3 of all payments) and they are responsible for monitoring these dwellings.  Because of over-occupancy, HUFSD #3 has had to raise taxes an estimated $3.7 million to support Don Pius’ properties. Dr. Spencer wants you to believe that he has helped the community but he accommodates people like Don Pius and he supports a doubling of housing density in the Town of Huntington. Because of this he should not be considered for this position in my opinion.

He has spent, in my estimation, around $100,000 accusing Liz Black of doing the exact thing that he is guilty of, costing the taxpayers of School District 3, millions in additional taxes.

Liz Black has shone me that she is very attentive to the problems we face with illegal housing, code enforcement, and safety in our community. I started a Citizens for Code Enforcement group a little over a year ago to put focus on the problems we face in our community. It would be a personal tragedy for me if my efforts were not going to be followed up on. I believe that Liz Black is the person to help me and the community at large be successful. Liz Black has expressed a commitment to me and the residents around the Jack Abrams School to see that the necessary actions are taken to allow this school to open again. That is not something you will read on all the negative mail you have received from the Spencer campaign.

I am asking you to help restore our community and quality of life by voting for Liz Black on November 8th.