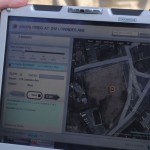 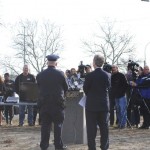 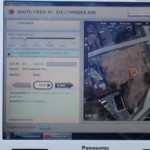 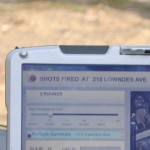 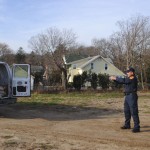 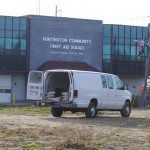 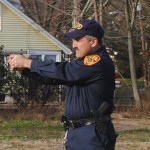 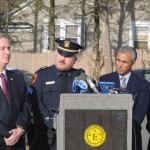 As part of a demonstration, Suffolk County Police officer fired 2 rounds from a 9mm gun  into a van.  The 9mm weapon is the standard used by the police and is often the weapon of choice by criminals.  The demonstration showed how the ShotSpotter technology works.  After shots are fired, flex sensors and software triangulation pinpoint the precise location of each round within seconds. Detailed incident information data is instantly sent to the ShotSpotter Technology (SST) Operations center.  Immediately following, a SST gunfire and acoustic expert analyzes the data, qualifies the incident and sends a validation alert to the dispatch center, to patrol cars and the 2nd precinct.

Alerts include critical information such as the number of shots fired and position of the shooter.  If the shots are fired from a moving vehicle, the direction of the vehicle and travel speed is included in the data.  The exact time of the gunfire is included.

This is the information that will be provided to the officers: 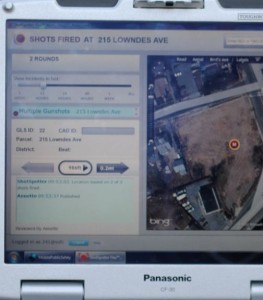 This example shows SHOTS FIRED AT 215 LOWNDES AVE, 2 rounds.  Below the number of rounds fired, the data includes the history of shots fired at the same address.  See: Show incidents in last: (available data includes gun fire in the last, 1 hour, 12 hours, 24 hours, 48 hours, 1 week, all)  The data includes a map with the location of the shots fired (see “M” in a yellow and red circle).

The left and right arrows show how close the sensors are to the location of the shots.  There are 20 sensors in the covered area.

During the demonstration, the shots were recorded by the sensors at 9:53:03.  The acoustic expert verified the data in the SST main facility, published to 911, the 2nd precinct and the patrol cars at 9:53:37.  It took exactly 34 seconds to pin point the shot.

According to ShotSpotter officials, 20% of gunshots go unreported.

History of gun fire can be obtained from the internal data cards on each sensor anytime. It will be interesting to see if this information is made available to the public.

According to officer Evolina, ShotSpotter was officially live on December 18th, 2011 at 11:00 a.m.

Frank Petrone did not attend the demonstration and neither did Public Safety Director Ken Lindhal. Petrone sent an email message that was read by Jon Cooper.