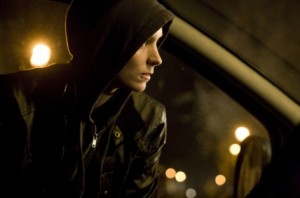 I can’t imagine anyone better suited to direct The Girl With the Dragon Tattoo than David Fincher. Having successfully released an adaptation of a popular novel, Fight Club, and two brilliant films about serial killers, Seven and Zodiac, his newest film makes his strengths as a director quite apparent. His ability to adapt an already known piece of fiction, as well as his eye for horrifying, graphic imagery are part of why his newest film is so successful. Not only that, Fincher showed us in last year’s The Social Network that he has the ability to make heavy amounts of exposition and dialogue feel interesting and compelling, something necessary for a film with so much information to get across in two and a half hours. Despite some truly incredible performances, it’s really David Fincher who makes The Girl with the Dragon Tattoo a success. It’s a brutal, horrific yet captivating mystery story, elevated by some spectacular performances, and especially by Fincher’s unique talents as an artist.

Based on the popular best-selling novel, The Girl with the Dragon Tattoo follows Mikael Blomkvist, played by Daniel Craig, a disgraced writer forced to resign after losing a libel case against a wealthy businessman. A man named Henrik Vanger invites him to the isolated, chilly town of Hedestad and offers him a job: uncovering the mystery behind the disappearance of his great niece, Harriet, which occurred over four decades ago. Henrik suspects a member of his highly dysfunctional family is involved. Mikael is aided by a young, anti-social computer hacker named Lisbeth, played by Rooney Mara, and together they begin to uncover the horrifying secrets of this strange Swedish town.

For the majority of the film, Mikael and Lisbeth’s stories run completely parallel to one another, and they never actually interact until about halfway through. While Mikael investigates the disappearance, interrogating witnesses and gathering clues, we also follow Lisbeth, the titular character leading a rather horrifying life. It’s her character, as well as Rooney Marah’s performance, that elevate The Girl with the Dragon Tattoo above the standard mystery, crime drama. She’s utterly fascinating to watch, and in nearly every scene of hers it’s impossible to look away. Her facial expressions throughout show an eerily silent rage, and she manages to gain the audience’s sympathy even when she is often so quiet and removed. Though she’s sympathetic, she never comes across as a victim; she certainly doesn’t see herself as one. There’s no Girl with the Dragon Tattoo without the girl, and Rooney Marah puts on one hell of a performance, fully deserving of all the nominations she’s likely to receive in the next few months. Daniel Craig as Mikael does a fine job, and his personality provides a stark contrast to Lisbeth and her unique detective skills. His performance gets the job done, though it’s nothing extraordinary, and in comparison to Lisbeth his character is not nearly as interesting or emotionally compelling.

Dragon Tattoo is a mystery thriller coupled with a visceral, emotional experience which may be too intense for many viewers. It’s brutal and unrelenting all the way through, and likely one of the darkest films we’ve seen this year. Fincher forces us into these horrific moments, not allowing us to merely observe from the sidelines. Few things are left to the audience’s imagination, and several sequences are outright gut-wrenching and difficult to watch. It never feels exploitative though; these scenes are effective because we aren’t watching the PG-13 cut of them, or observing the abridged version. The moments are raw, unfiltered, and real, and we feel the emotions as terrifyingly real too. Much like the characters in them, we can’t escape from Fincher’s imagery. The chilly Swedish town is brutally cold, claustrophobic, and devoid of any sense of hope, and that feeling is relayed quite effectively onto the audience.

Dragon Tattoo is part of a trilogy of stories, and we can see Fincher’s difficulty in finding a proper ending on display in the last act. When the mystery of Harriet is solved, the film continues, and it keeps going. The last 25 minutes feels somewhat clunky, and more like the first act of a second film than the final act of a first. There are several ongoing storylines involved in Dragon Tattoo, and the mystery of Harriet is the first one to be wrapped up. As a result, the rest of the film is mostly focused on tying up the rest of the loose ends, none of which are nearly as compelling as the Harriet mystery, resulting in a somewhat slow, drawn out ending. Additionally, several plot lines are left open for a second film. Of course, millions of Americans already know what happens in the second book, The Girl Who Played With Fire, but those approaching Dragon Tattoo with no prior knowledge and expecting a stand alone story might feel somewhat disappointed with the conclusion.

Overall though, The Girl with the Dragon Tattoo is an excellently paced, stylish mystery thriller with a phenomenal performance by Rooney Marah. The story is captivating and though it can become somewhat hard to follow at times, it ultimately kept me interested throughout the full two hours and forty minutes. It’s unrelentingly brutal and often emotionally exhausting, but it’s still an incredibly engaging, well-crafted thriller, and hopefully the beginning of an equally successful trilogy to come.