December 30, 2011 7:27 am | Filed under: Around Town,News,South Huntington Union Free School District | Posted by: The Huntingtonian
Led by Whitman senior Danyal Cheema (14 pts) and junior Kevin Forland (15 pts), Walt Whitman had no trouble dispatching Hauppauge 63-31 in the second game of the opening round of the Frank Gugliotta Memorial Basketball Tournament on Tuesday evening. Ahead 22-0 at the end of the first period, 34-17 in the 2nd period, and 52-23 at the end of the 3rd period, Whitman cruised to an easy victory allowing playing time for most of their squad.
Whitman’s Peter Wildman scored 8pts, with Larry Tillman and Adrian Quick each adding 6pts.  In the tournaments earlier game Jericho, behind strong play from Erik Kanzer and Garrett Johnson, led at the end of each of the first three periods, but let the game slip away in the 4th period allowing St. Dominic’s Kieran Ryan (19pts), Darren Chew (15pts) and Tommy Smith (11pts) to tie the game at the end of regulation time. In the overtime period St. Dominic’s Smith and Ryan contributed to the come from behind victory 56-55.  Hauppauge will face Jericho at 5PM Thursday in the consolation round and Whitman will face St. Dominic’s in the championship final at 7PM.
Walt Whitman High School, 301 West Hills Road, Huntington Station, NY 11746. 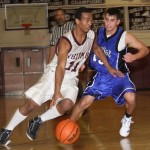 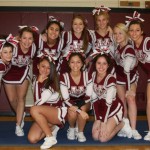 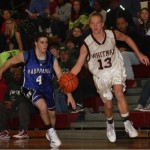 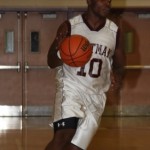 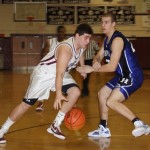 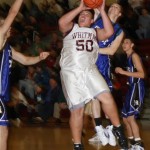 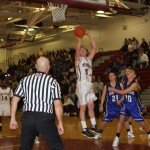