Wanted for Grand Larceny at Bloomingdale’s 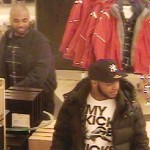 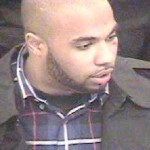 Suffolk County Crime Stoppers and Second Squad Detectives are seeking the public’s help to identify and locate the two men who used a stolen credit card number to make a $2,129 purchase at Bloomingdale’s in the Walt Whitman Mall in South Huntington.

At around 10:00 AM on Saturday, December 10, 2011 two black males were observed on Bloomingdale’s surveillance video charging more than $2,000 worth of designer clothing to a stolen credit card number.