January 31, 2012 6:49 am | Filed under: Around Town,Huntington Union Free School District,News | Posted by: The Huntingtonian 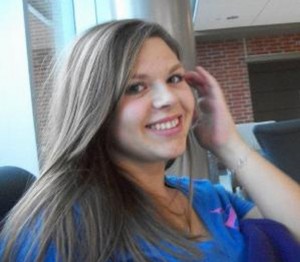 The Huntington community has opened its hearts and its pocketbooks to help one of its own to pay for her uncovered medical bills.

Kaila Harlan, a 2009 graduate of Huntington High School, had just finished her second year of nursing school last June when, following a routine blood test, she was diagnosed with leukemia. She spent several months in the hospital, where she underwent chemotherapy treatments.

Kaila’s family exhausted its hospitalization insurance coverage quickly and the medical bills kept arriving. Kaila’s doctors concluded that she needed a bone marrow transplant. After a search of national and international bone marrow registries, doctors found a perfect match. The transplant was done in October 2011. Kaila was released from the hospital in November and, while covering at home, was able to spend Thanksgiving and the holidays with her family.

The Harlan family reports that, several months after the transplant, Kaila is feeling well, regaining strength and her immune system is recovering. Kaila plans to return to her nursing studies in the fall at York College in Pennsylvania.

To help Kaila and her family, the Huntington High School Key Club (affiliated with the Kiwanis Club, the international volunteer organization whose goal is serving the world’s children) has planned a benefit student talent show on Friday, February 10th, in the high school auditorium. Tickets, at only $5 each, are available at the door. Doors open at 6:30 for an auction and the show begins at 7:00. The auction, which will continue during the intermission, includes a large variety of items for adults and kids from theater tickets and a basket from ESPN, to restaurant gift certificates and museum memberships. Refreshments will also be available for purchase.

Since Kaila was an active member of the Key Club, Huntington resident Linda Ray decided to bring Kaila’s story to the attention of Kelly Krycinski, the faculty advisor for the Key Club at Huntington High School. Ray, director of Huntington Cabaret and friend of the Harlan family, is also a veteran volunteer fund-raiser. (She has raised $50,000 in recent years by giving benefit performances of her New York City cabaret shows featuring Long Island singers – for Suffolk County Visiting Nurse Service and Hospice, Habitat for Humanity, Multiple Sclerosis and other non-profits in need.)

Ray is organizing donations for the auction from Huntington businesses and residents. COTA, the Children’s Organ Transplant Association, is a clearinghouse for donations made to families to cover medical expenses. Since a donation directly to a family would be considered taxable income, checks made out to COTA are sent directly to medical providers and all donations are tax-deductible. Anyone who wishes to donate by check may call Linda Ray at 631- 673-5577, who will provide further details and forward the donation.

In addition to donations, the Key Club said it would love to see a large turnout at the February 10 show.