February 4, 2012 5:35 am | Filed under: Around Town,Harborfields School District,News | Posted by: The Huntingtonian

The Harborfields Central School District Board of Education is pleased to announce the appointment of Ms. Diana Todaro to the position of Superintendent of Schools, effective January 1, 2012. 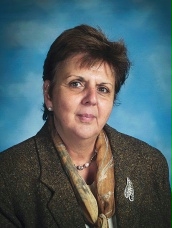 Superintendent Todaro came to the Harborfields Central School District by way of the East Meadow Union Free School District, where she served as principal of Woodland Middle School and East Meadow High School. Prior to becoming an administrator, Ms. Todaro worked in the Kings Park High School as a teacher of mathematics, chairperson of the department of mathematics, and coordinator of the high school’s instructional computer program.

Upon earning a Bachelor of Arts in Applied Mathematics and Statistics and a master’s degree in mathematics from the State University of New York at Stony Brook, Ms. Todaro attended Long Island University, where she earned a professional diploma in educational administration.