February 9, 2012 6:56 am | Filed under: Around Town,Huntington Union Free School District,News | Posted by: The Huntingtonian

The Huntington High School boys’ basketball team is rolling after notching back-to-back victories over Copiague and Comsewogue. The Blue Devils are now within striking distance of qualifying for the post-season. The team needs to win two of its final three games to make the playoffs. 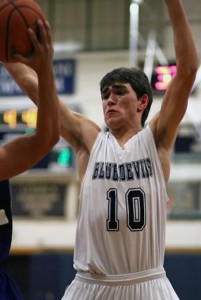 The Blue Devils methodically built a 20-11 first quarter lead and held a 35-26 halftime advantage. The Eagles kept things interesting in the second half, going toe-to-toe with Huntington. A wild fourth quarter saw the teams score a combined 57 points, with the Blue Devils outscoring their rival, 29-28 to lock-up the victory. 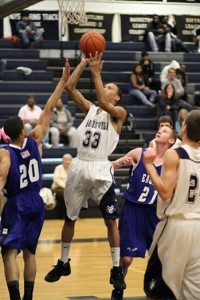 Huntington is 5-6 in league play, 7-8 overall. The team is coached by Brian Carey and Tim Madden.