Ban On Cell Phone Use For Drivers With Learners Permit 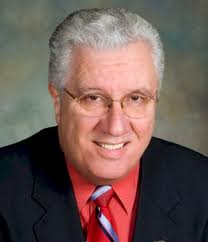 Senator Carl L. Marcellino today announced that the New York State Senate recently passed his legislation to ban anyone holding a learner’s permit from talking on the phone while driving.

“Every young teenager dreams of getting behind the wheel of a car for the first time and of course, behind every eager teen is a petrified parent, worried about the probability of an accident. It just takes one bad decision and one distraction. Young and inexperienced drivers, holding only a learner’s permit, are behind the wheel for one purpose, to learn how to safely operate a vehicle. These drivers need their full attention on the road and the task of becoming a responsible driver,” said Senator Marcellino.

The legislation would prohibit individuals holding a learner’s permit from using any mobile telephone while driving, including hands-free. This would help ensure that these inexperienced drivers, most of whom are teenagers, are not further distracted while learning how to drive.

Motor vehicle crashes are the leading cause of death among teenagers, according to the Centers for Disease Control. Teen drivers ages 16-19 are four times more likely than older drivers to be involved in a crash.

The National Transportation Safety Board reports that young drivers make up just seven percent of the driving population, but are involved in 15 percent of the fatal crashes. The Safety Board has long been concerned with the issues of distracted driving and novice drivers. The Board recommended to all States to prohibit holders of a learner’s permit from using wireless mobile telephones while driving.

New York State currently prohibits all drivers from using portable hand-held electronic devices. However, drivers are permitted to use mobile telephones with a hands-free device, such as a Bluetooth or headset.