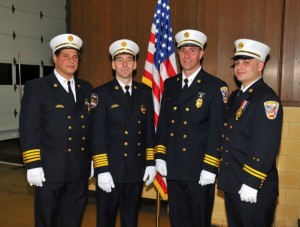 The Dix Hills Fire Department recently held their annual inspection and installation  ceremony.  The following officers were installed for 2012.

In 2011, the 170 volunteer firefighters and rescue members of the department answered 2,563 calls for assistance.