At approximately 5pm on March 24 a Coachman Motor home was driving north on Oakwood Road. He had just passed the train tracks when he  noticed the motor home was on fire. He pulled over to check out the problem. A witness said “thankfully he continued until he cleared the over head electric lines.  If not, the fire could have melted the electric lines above as the  flames were shooting 25 feet into the air”.

The driver pulled the vehicle over just in front of Oakwood Park. Another witness who watched the incident from his house across the street said he was “very thankful that the driver cleared the electric lines, maybe he thought about that or maybe it was luck.” He was concerned that the neighborhood would have lost electrical service.

This incident occurred at the same time 6 fire departments and 85 firefighters were covering a Major House fire at 10 Hawk Drive in Lloyd Harbor at 3:45pm.  “Most of the house collapsed,” Huntington Fire Department Chief Ken Cochrane said. It was a “total loss,” 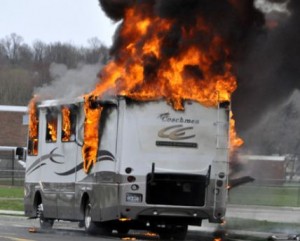 A witness stated that the Huntington Manor fire department worked on putting out the fire for approximately 30 minutes. There were no reported injuries. The motor home was completely destroyed. 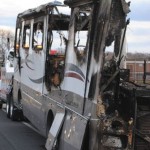 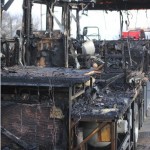 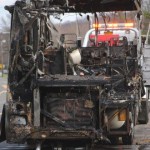 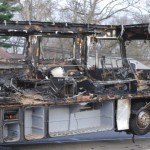 The propane tanks did not explode.  This may have been because Coachman’s design has this sealed off from the rest of the vehicle encapsulated with stainless compartment. 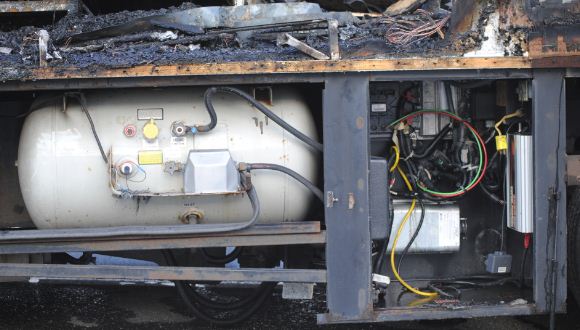 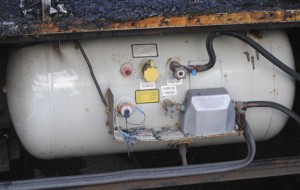 The clean up was quite extensive. Hendrickson Towing brought in 4 trucks, a bobcat and a 30 yard dumpster.