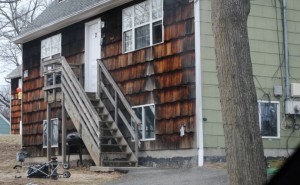 Don Pius is one of the most notorious landlords in Huntington.  The history of Donald Pius in the Town of Huntington and specifically Huntington Station is a very involved story.  Over the past several decades Pius has made a fortune at the expense of his tenants and the tax payers.  The actual cost of Don Pius’ mismanagement of properties is incomprehensible when you factor in everything including police calls to his homes, devaluing of neighboring properties, school costs and social services.  As far as we can tell, all of Mr. Pius’ Huntington properties are tax payer subsidized.

Based on various FOIL’s in our possession we know that there are children living in homes with criminals.  If we were able to obtain proof of this why isn’t Town Hall, the Huntington Housing Authority (HHA), the CDA and the other agencies who are supposed to be monitoring this, aware of it?

Due to irresponsible Slumlords and government mismanagement, Section 8 housing has been given a bad name. The program is a  noble program that can serve an important need if managed properly. Unfortunately, since there is a tremendous amount of money involved in subsidized housing, there are unscrupulous individuals that are taking advantage of the situation.

There are many positive examples of Section 8 rentals throughout our Town where the landlords are responsible.  Government officials and residents should accept nothing less than well managed, safe housing especially when tax payer subsidized.

According to records obtained in June 2010 from The HHA, Don Pius is receiving $104,363.00 PER MONTH, over $1.2 million annually from his properties in the Huntington Township, most of which are in Huntington Station.  It is possible that Mr. Pius is receiving significantly more than $1.2 million as other agencies have refused to comply with FOIL requests.  This is currently being addressed.

As with many landlords, Mr. Pius’ operates under several different names.  We are not sure if this list is complete,  but here is a list of company names that can be traced back to Mr. Pius.  It also includes the breakdown of payments received monthly (2010) from the Huntington Housing Authority (HHA):