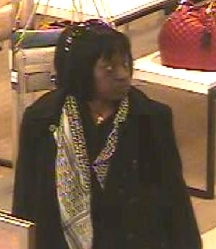 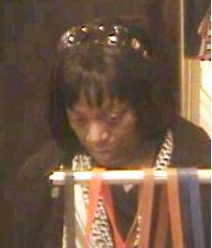 On February 20, 2012, a woman who had been shopping at a store in the Huntington area found that her wallet had been stolen from her purse. The woman later learned that the credit cards that had been in her wallet were used by an unknown black female to make purchases at the Bloomingdale’s and Macy’s department stores in the Walt Whitman Mall in Huntington. The suspect, pictured here, was caught on surveillance video making unauthorized purchases in Bloomingdale’s with the victim’s credit card.

Suffolk County Crime Stoppers and Second Squad detectives are seeking the public’s help to identify and locate the unknown subject who used credit cards that belonged to another person without that person’s permission. 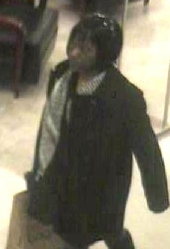