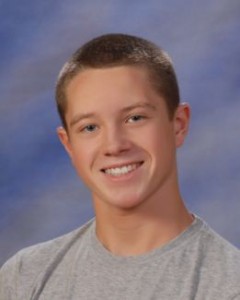 Cassell swam a blistering pace in the finals, touching out at 57.20 seconds, shaving a full half-second off his winning time at the county championships. It is a mere 1/100th of a second off the required time for being named an All-American outright. However, he is under consideration for the honor and Blue Devil head coach Gil Smith believes he has an excellent chance of getting it.

“Gunther was magnificent,” Smith said about his star freshman’s performance in Buffalo. “It isn’t easy to cut so much off your time when you are at this level, but he did it. He’s a great kid. He’s really happy with how well he did. We’re all happy.”  Cassell’s father is a two-time state swimming champion. Geoff Cassell won his crowns for West Islip. He was in the arena to see his son finish first and get a pair of gold medals draped around his neck for being the New York State Public High School Athletic Assn. and State Federation (includes PSAL and Catholic schools) champion. 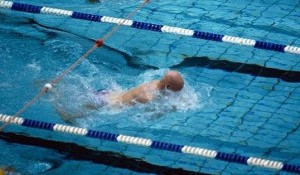 Huntington senior Jake Goldstein was also All-State in the 100 yard breaststroke, finishing fourth in the NYSPHSAA standings and fifth in the State Federation. This marks the third consecutive year that Goldstein has earned All-State honors. He’s a four-time All-County performer for the Blue Devils
Goldstein, who is headed to Yale University in the fall, swam a 58.70 in the state finals. “Jake has been a superb swimmer for our program,” Smith said. “He is an outstanding young man.”

One Response to Huntington’s 1st Ever State Swimming Champ