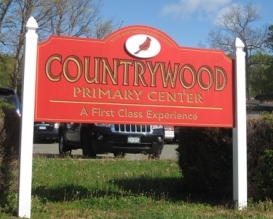 A cell phone with a camera was found hidden in the faculty restroom in the South Huntington School District. A contractor doing work for the district hid an iPhone to take video in a faculty restroom at the Countrywood Primary Center. He was arrested on Wednesday April 25th. The contractor Kevin Clancy 31,was charged with second-degree unlawful surveillance.  The police had to confirm what video was on the phone before they made the arrest. The iPhone was discovered on April 19th and the arrest was made April 23 after police were able to determine the owner.

Detective Auspaker stated the iPhone was placed in the restroom from the suspended ceiling in the bathroom. Second squad detectives made the arrest and Clancy was released on his own recognizance.

Steve Bartholomew from the South Huntington School District stated that a worker in an after school program found the iPhone.

Below is a letter that went home to district parents and employees informing them about the incident.

LETTER TO DISTRICT FROM DR. SHEA

Presently, the police have indicated that this incident does not involve any children, The owner of the phone is not a district employee, but is an employee of a company who has a contract with the district. As required, the individual ‘s fingerprints had been cleared through the New York State Department of Education. This person has been removed from his assignment and will not be returning to any of our school buildings.

The police department and school district are taking this privacy violation seriously. The district is cooperating fully with the investigation, every restroom in every building has been thoroughly searched and inspected, No other equipment has been found.  As of today, the police department has informed us that there are no similar incidents in any of our other school buildings.

Due to the nature of the individual’s assignment, we are informing our entire school community, If you have questions or concerns, please contact your building principal or visit the district website at www.shufsd.org for the most up to date information.