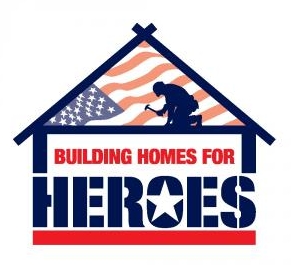 U.S. Marine First Lieutenant James Byler, an infantry platoon leader with the Third Battalion, 5th Marines, Camp Pendleton, California, was injured when he stepped on an improvised explosive device (IED). While leading his platoon on a dismounted patrol of a narrow alley in Northern Helmand Province, one of the deadliest provinces in Afghanistan, First Lieutenant Byler stepped backward on an IED that was buried in the dirt.

He remained conscious until he was anesthetized in the Medevac chopper. The superior training his men received enabled them to stabilize him and save his life. Both of Byler’s legs were amputated above the knee, and he lost both pinky fingers. After being cared for in U.S. military hospitals in Afghanistan and Europe, Byler was transferred to the National Naval Medical Center at Bethesda, Maryland.

John Feinberg wanted to do something to help James Byler, and that is when he thought of Building Homes for Heroes. The organization is currently raising money to remodel Byler’s home in Huntington, to make it accessible to his new-handicapped needs. John is planning the 1st Lt. James Byler Charity Run at his school to help raise money for this organization for the 1st Lt.

The event info is as follows, or can be found on www.sot5k.org

Building Homes for Heroes, Inc. is a non-profit organization.  The organization is a public charity exempt from federal income tax under Section 501(c)(3) of the Internal Revenue Code.