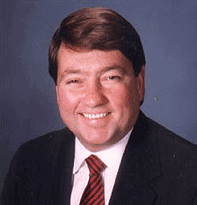 The 2012-2013 Budget went through many drafts beginning last December. At the March meeting, the Village held a public hearing on an override to the 2 % Tax Cap. Mayor Morrow strongly recommended that the Board pass the override while committing to the residents that the Board would work to keep taxes as low as possible.

“We should reject the Tax Cap. We do not need Albany telling us how to run our Village,” Mayor Morrow said. “They should spend their time reducing the size of our bloated State government, implementing mandate reliefs, and revising the PERB process. And a 2% Tax Cap per year means a 10% Tax Increase over the next 5 years- not exactly the direction we should be going. In addition, the repeal of the MTA tax didn’t include municipalities. That should be done before they go home for the year in June.”

The three year plan the Mayor presented included some major changes to the Huntington Bay Police Department. A retirement incentive was offered and accepted by the department. Three senior officers will be retiring in 2012. In addition, the Huntington Bay Police Chief will be retiring in 2013. Under the Mayor’s plan the department will be reduced by two full time officers and the Village will increase the use of part time officers, who do not carry the heavy costs of Health Insurance and retirement contributions.

“This is a significant change that has very positive short and long term financial benefits to this Village,” Mayor Morrow explained. “The Chief, PBA and I have worked through all the details of this. I am grateful for their collaboration and I am confident of a smooth transition.”

With these reductions, the projected tax rate increase was kept at 1.4% this year. Costs associated with the incentive are in this year’s expenses. The Mayor projected a 0 % increase next year and a 7% reduction the following year. The total budget in Huntington Bay this year is $2,008,000. There were no major changes in any other budget items.

During the meeting the Board discussed the celebration of the 100th Anniversary of the Huntington Lighthouse and ways that Village residents could get involved. In addition, the Board unanimously passed a resolution to change the official Village newspaper from The Long Islander to The Huntington News.

The Huntington Bay Village Board meets on the second Monday of the month at 7:30 p.m.