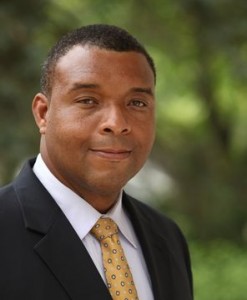 Suffolk County Legislator William Spencer kicked-off his Healthy Communities Initiative with a first of its kind Diabetic-Friendly Food Drive.  His initiative will include a series of programs that will educate and inspire the public to live healthier and happier lives.  With an eye on prevention and education, Legislator Spencer is working with the Suffolk County Department of Health, local health educators, and healthcare providers to offer free workshops, screenings, and information to the community. The Diabetic-Friendly Food Drive is the first in the series.

“Diabetes is a devastating diagnosis and can be debilitating if not properly treated.  Proper treatment is not only expensive, but time consuming,” stated Legislator Spencer.  “Living with diabetes takes its toll on not just the patient, but their family and ultimately the community as a whole.  I believe it is very important for individuals living with diabetes and struggling financially to have access to healthy foods.  Doctors, nurses, nutritionists and health educators all agree that a proper diet goes a long way toward keeping individuals from experiencing complications including loss of vision, amputations and even death.”

Legislator Spencer, who is also a medical doctor, is committed to raising awareness about this crisis and securing resources for those who are living with diabetes in our community.  Working with seven of the County’s largest hospitals and Island Harvest, Legislator Spencer’s goal is to deliver healthy food and educational material to local food pantries to ensure that healthy choices are available to those individuals living with diabetes and struggling economically.  Hospitals across Suffolk County will be collection points for diabetic-friendly food that will be picked up by Island Harvest and distributed to local food pantries.  Local doctors, health educators and hospital nutritionists will refer patients to the food pantries that stock the healthy foods.

“Island Harvest is grateful to Legislator Spencer for recognizing the need to provide people struggling with hunger the access to healthy food,” said Nicole Christensen, Vice President of Programs and Agency Relations, Island Harvest.  “No one should be denied access to nutritionally-balanced food because of unfortunate economic or other circumstances. Island Harvest is committed to promoting healthy eating habits and supplying good, healthy food to those we serve.”

In a world of fast food, constant temptation and delicious meals heavy on calories, carbs, sodium and fat, it can be hard to stay on the dietary straight and narrow. According to data from the American Diabetes Association, nearly 18 million Americans have been diagnosed with diabetes with another 5.7 million undiagnosed. A staggering 57 million people have what’s referred to as “pre-diabetes“, which means their blood glucose levels are higher than normal, but not high enough to be diagnosed as diabetes.

On Long Island, there are approximately 250,000 people living with diabetes and over 1 million people with diabetes living on Long Island and the 5 boroughs.  The disease affects people young and old.  Of the approximately 739,000 residents under the age of 20 in Nassau and Suffolk Counties, over 280,000 will be diagnosed in their lifetime – that is 1 in 3 young people.  Almost 110,000 people aged 65 and over on Long Island have diabetes – that is 1 in 4 elderly people who face the medical, financial and emotional toll of diabetes every day.

“Diabetes is not just sugar.  If the current obesity trend among our young people doesn’t change, more than half the people born this millennium will develop diabetes,” stated Daniel Lorber, MD, FACP, CDE. “Diabetes is a public health and economic disaster for both the United States and the world.”

Economists, health researchers and consumers are struggling to figure out how to keep the population healthy as food prices rise, the economy slumps and diabetes diagnoses soar.  The World Bank says nearly a billion people around the world live on a dollar a day, or even less; in the United States, the daily food-stamp allowance is typically just a few dollars per person, while the average American eats $7 worth of food per day.

“Buying and preparing healthy food requires money and time that some people just do not have,” said Legislator Spencer. “This unique type of food drive serves the needs of just those people who are busy struggling to work, take care of their families while managing their disease.  If we all contribute a little, the results can be a healthier and happier community for all.”

“We applaud the outstanding efforts of Legislator William Spencer and everyone who has worked so hard to put this project together,” said Kristine Magnifico, Director of the Long Island Chapter of the American Diabetes Association. “With 26 million people in this country living with diabetes and 79 million people with pre-diabetes this is a great initiative highlighting the importance of healthy eating and nutrition.  We thank Legislator Spencer for all his efforts and look forward to seeing much success in the future.  Efforts such as these are right in line with helping to fulfill the mission of the American Diabetes Association: to prevent and cure diabetes and to improve the lives of all people affected by diabetes.  Together we can change the future of diabetes.”