There are many real estate transactions that the Town of Huntington has been involved in, mostly through the CDA (Community Development Agency). Other transactions involve the HHA (Huntington Housing Authority). In evaluating each of these transactions many of them appear to be illogical and deserving some kind of scrutiny. Many of them are bad financial deals and result in wasted tax dollars.  This is the first of  in a series of articles that will discuss individual properties. Residents and tax payers should be made aware of these deals and the questions surrounding them. 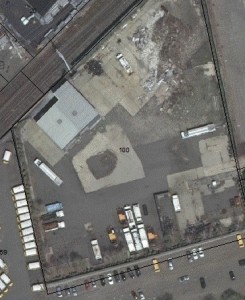 The history of 1345 G New York Avenue is a sorid one especially under the ownership of the Rotondo’s. It is a widely accepted belief that they were not responsible property owners. Taking it for face value, it might seem beneficial and popular for the town to desire the property, especially in 2002. As far as we can tell, there was little opposition to the town’s actions regarding this property and the property owner.  Regardless of the land owners irresponsibility, does it justify the town deciding to become the landlords? There are other ways to hold a land owner accountable.   Remember, this piece of land is located in what would have been the TOD, it is also the main subject of the Brownfield study area, and it is in the area of Huntington Station where there are many irresponsible land owners who are virtually ignored and in some cases even rewarded. Why the big concern about the quality of life violations regarding this property?

If the Town has big plans for this land, they are not sharing them. If they don’t have plans for the land then they should offer an explanation as to why the vast effort to acquire it at an incomprehensible cost to the tax payers. The expenses are related to state grants, environmental evaluations, site studies, and legal fees. The money spent to hold on to this parcel of land far exceeds the value of the parcel even during the height of the real estate market. Add to that amount, lost revenue to the Huntington School district and Supervisor Petrone’s efforts to get the fines against the Rotondo’s dropped that they worked so hard to incur in the first place. A detailed analysis of the above will be discussed in another article. This is the first of many articles that will discuss this property.

On March 2, 2002, the town board scheduled a public hearing for the purpose of acquiring 1345 G New York Avenue. At the time the town Board is made up of Frank Petrone, Susan Berland, Mark Cuthbertson, Marlene Budd and Mark Capadanno . Only 3 days after the public hearing is scheduled on March 5, 2002, there is an auction of the property.  As far as we can tell, the property went to auction for the failure to pay back taxes. When the town board scheduled the public hearing to acquire the property didn’t they know that the land was up for auction in 3 days? Why not wait to see who purchased the land and what they intended to do with it? At auction, the property sells to a subsidiary of the Dejana company called New York Avenue Properties. The Town continues with its plans to acquire this parcel regardless of the fact that it has been purchased by another company. Prior to New York Avenue Properties buying the land, there have been no taxes collected on this parcel. The new owners begin to pay taxes of which approximately $20,000 goes to the Huntington School District. Only 4 months after the property is purchased by New York Avenue Properties, the town Board votes 5 – 0 to acquire the property by eminent domain. This occurs in July 2002.

After a long and costly legal battle between New York Avenue Properties and the Town of Huntington, the new owners are required by law to vacate the property. This occurs in August 2007. New York Avenue Properties loses their right to the property they purchased and no longer pays taxes. The Huntington School District loses the revenue. About enough to pay a classroom aid every year.

As of August 2007, the town takes claim to the property. They have not paid any taxes on the land for the nearly 5 years since they have taken ownership. During that time numerous studies have taken place. There has been no progress towards development, preservation or clean up of the land. To this day, the town denies that they have any plans for this parcel of land despite the fact that it is mentioned numerous times in the Brownfield study report. New York Avenue properties has not been paid any money for the land despite the fact that $403,000 was set aside from the general reserve funds in December of 2005.  The legal battle between New York Avenue Properties and the town is still ongoing.