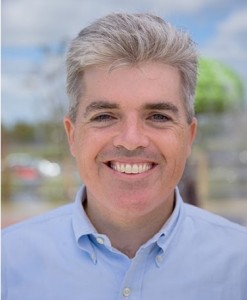 Suffolk County Executive Steve Bellone applauded the Suffolk County Legislature for protecting taxpayers by voting to have employees pay for part of the cost of their health insurance for the first time in the county’s history.  Today’s vote will save Suffolk County taxpayers $1.4 million through 2013 and would save $32 million over that time period if adopted countywide.  County Executive Bellone announced in his State of the County speech three weeks ago that he supported ending Suffolk County’s policy where all employees receive free health insurance and he and members of his senior staff have volunteered to pay for their benefits.

“Today’s vote demonstrates that the Legislature is serious about protecting Suffolk County taxpayers and reducing the deficit,” County Executive Bellone said.  “For most residents of Suffolk County, paying into your health care is not a sacrifice, it is a fact of life.  As we work to close the deficit and avoid additional layoffs, this new policy will make a major difference.”

The resolution enacted by the Legislature will save a recurring $1.4 million through the end of 2013 and would save a recurring $32 million over that time period if adopted countywide.  Because of collective bargaining, the Legislature is only able to implement rates on 423 non-bargaining unit employees, including elected officials and their immediate staffs.  The resolution was sponsored by Presiding Officer Bill Lindsay and Deputy Presiding Officer Wayne Horsley.

“It is important for elected officials to lead by example and that’s what the Legislature did today,” County Executive Bellone said.  “Working together, we will put Suffolk County back on strong fiscal footing in order to protect taxpayers and avoid additional layoffs.”