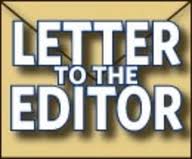 Driving along Round Swamp road, there are signs proclaiming “save Sweet Hollow Park” attend town board meeting May 22nd!  Bring the kids!”

At first blush, it sounds great, right? Save a park? Who would not want that?

Well, it is a bit more complicated than that. There is not yet any park called “Sweet Hollow Park”. It refers to the old Meyer farm on the corner of Old Country road and Round Swamp Road. It sits across the street from the senior only complex known as the “Knolls”, not far from the Nassau/ Suffolk border and exit 48 of the LIE.

So what is all the fuss about? It is called “Transfer Development Rights” and we all need to know what that means for all of Huntington.

Lets say there is a property in Lloyd Harbor in jeopardy of being developed. The owner “swaps” the development rights there for say, increased density in Huntington Station. Town code allows for 14.5 units per acre, with a maximum height of 45 feet, or maximum 3 stories. By not building in Lloyd harbor, and “saving” the property, the Town grants the rights to the developer to build 20 units per acre in Huntington Station.

Sound far fetched?  OK, now the Meyer farm deal. Here is a link to the story:

There is a Hindu church that requires 5 acres that bought the farm a while back. Local Civic groups oppose it. Why? No matter, they propose this deal.

Another property, owned by Newsday near Ruland road on Deshon drive is available for housing development. It is 18 acres. But instead of using the entire 18 acres for housing, a TDR deal is being cooked up to “swap” 5 acres on it for the Hindu church, while “allowing” 20 units per acre on the 13 remaining acres. This way the Meyer farm is “saved”, the Hindus get their 5 acre plot to build a church, and the developer still gets to build his 261 housing units, but on 13 acres instead of 18, as per R3M Town code requires. Sound like a good deal?

Here is the Civic Group’s website on this deal:

When I expressed my dismay to the president of the civic group Allisa Taft about the precedent this sets, she kept repeating to me, “you don’t understand”. Really? What part? the 20 units per acre part? Or the free park you get out of this deal? Or the developer being able to build 261 units of housing when he should only be able to build 188? Which part don’t I understand?

I fought long and hard to prevent 20 units per acre on the Bonavita property near me. I still think 14.5 units is too dense for this community, and the staff at the Suffolk Planning Commission agrees. They recommended 10, like the surrounding complexes such as Highview.  No matter. Now local civic groups are willing to forgo Town codes for their own agendas.

Don’t let a TDR become the next TOD. Come to the Town Board meeting on May 22nd and speak out against 20 unit per acre density and TDR’s.