Lifesaving Medal of Valor Awards were presented to Anthony Murisco and John Hall for reviving a co-worker in cardiac arrest, and to Keith Tetrault for rescuing an unconscious man who fell onto the LIRR tracks at Huntington Station. Frank McQuade received a special award for going above and beyond his duties for 2011 as Assistant Chief.

The Richard Holst Inspirational Award was presented to Mary Chapman in recognition of her humanitarian efforts for donating a much-needed kidney to Firefighter Andrew Schreiber. The award is presented in the memory of Huntington Manor Firefighter and Chaplain Richard Holst, who died in the line-of-duty at a fire in 2009.

The Peter A. Nelson Firefighter of the Year Award was presented to Ex-Chief and Commissioner Michael Pastore for his outstanding dedication and service. The award is presented in the memory of Huntington Manor Chief and FDNY Rescue Company No. 4 Firefighter Peter Nelson, who was killed in the 9/11 attacks at the World Trade Center. 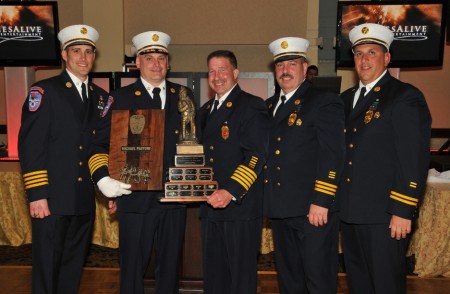 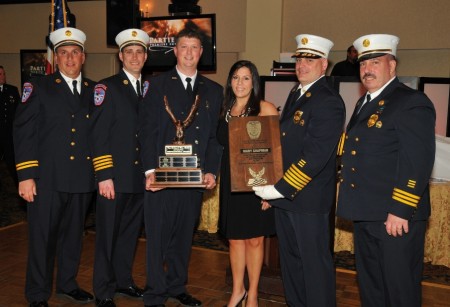