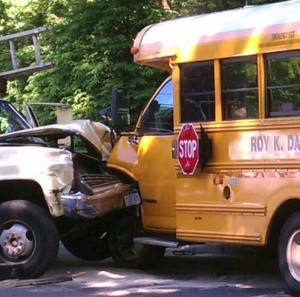 On Thursday, June 7 at approximately 2:45 pm there was an accident at the intersection of Park Avenue and Lake Road in Huntington Station. It involved a school bus, a landscaping truck and a Honda Civic. The Roy K. Davis School Bus was heading north on Lake Road toward Park Avenue.  The Bixby Brink landscape truck was heading south bound on Lake Road. According to police on the scene the lanscaping truck rolled through the stop sign and caused the the Honda to swerve in order to avoid the truck. As a result the Honda Civic skidded into a street sign and landed on the property of a home on the corner of Park & Lake.  The truck hit the  bus which had just left a student off. There were only 2 minor injuries as a result of the mulit-car accident.  No students were injured.  The Landscaping truck was issued several tickets. 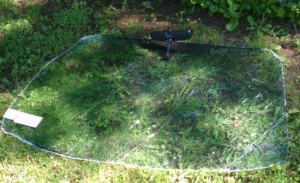 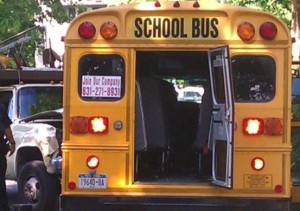 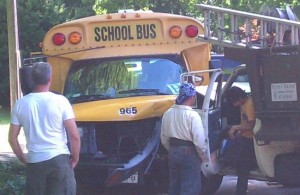 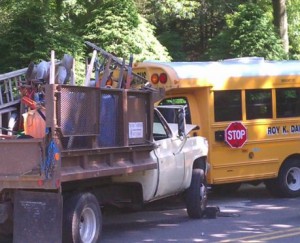