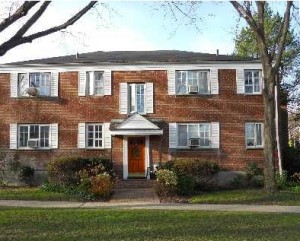 Second Precinct Patrol Officer Joseph Lanzisera responded to a 911 call reporting a fire at 44 Nathan Hale Drive, at the Nathan Hale Apartment Complex in Huntington at 8:55 p.m on June 15. When Officer Lanzisera arrived, Ken Cochrane, Chief of the Huntington Fire Department was standing by the locked front door. Officer Lanzisera broke a side window and climbed into the apartment, which was already full of smoke.

After breaking the window, Officer Lanzisera located the woman in her bedroom. He then moved through the smoke filled hallway to open the front door to let Chief Cochrane in. Together they went back to the bedroom and carried the unresponsive woman outside.

The woman suffered 2nd degree burns to her face and hair. Officer Lanzisera suffered smoke inhalation. Both were transported to Huntington Hospital.

The Suffolk County Police Arson Section is conducting an investigation.