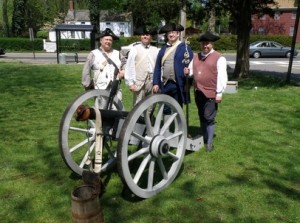 The Order of the Ancient and Honorable Huntington Militia is a New York State Education Corporation that  recreates and reenacts a Colonial Militia that has existed in the Town of Huntington, New York since 1653. Men, Women, and Families with Children reenact 18th Century civilian and military life at local, regional, and national events.  Based in the Sammis House on the village green, the house is known as the Arsenal, where the militia’s stores were hidden in the attic just prior to the Revolution.

In mid-July, 1776 the Declaration of Independence arrived on Long Island from Philadelphia and was read on Huntington’s Village Green. The townspeople were so jubilant that they soon got out of control. Some ran to the town flag with the words King George III and Liberty on it and tore the letters of the king’s name from the flag. An effigy of the king was made and the cloth letters were stuffed inside along with a quantity of gunpowder. The effigy was hung from a Liberty Pole on the Green and was lit on fire. The gunpowder exploded  and so did the effigy of the king severing the ties that had existed for so long with the mother country, Great Britain. 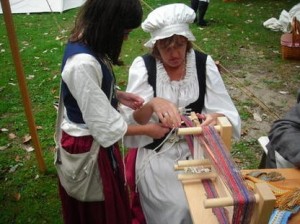 On July 15, the Huntington Militia will reenact the events of this day – the Declaration will be read on the Green, as it was meant to be read and in a way that you have never heard it before. Following this, the townspeople will once again rise up and hoist an effigy of King George III up the Liberty Pole on the Town Green and set it ablaze and blow it UP!

YOU WILL BE THERE TO WITNESS THE EVENT JUST AS IT HAPPENED IN 1776 – IN THE EXACT SPOT THAT IT ALL TOOK PLACE! You will be a participant in the crowd!

Come and step back in history as the militia encamps to drill and practice with muskets and cannon. Meet and converse with people of the past. Men, women, and children of the 18th Century will talk with you about what it is like to live in their time. Discuss what independence will mean and what price will be paid for it!

Will you remain loyal to the King or side with the rebels? It will be your choice. You will encounter townspeople who don’t agree with what is going on. Ask them why and see if you might agree.

See and hear muskets fired. See and hear a field cannon fired.
Children will take part in muster drills and learn to march and load and fire a “practice” musket. 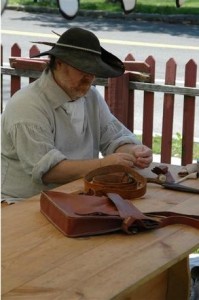 Step back in time!

There is something for men, women, boys and girls!

YOU WILL BE STANDING ON THE ACTUAL GROUND THAT IT ALL HAPPENED!

The Declaration arrives about 1:00 PM. Activities will occur before and after. There will also be tours of the Arsenal after the events of that day in July 1776 conclude.

AND IT IS ALL FREE!