July 4, 2012 9:07 am | Filed under: Around Town,Code Enforcement,Investigations,News | Posted by: The Huntingtonian 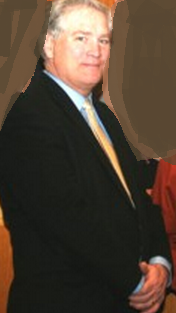 On June 14th, after a two day trial, Judge C. Stephen Hackeling ordered landlord Vincent Piemonte to a conditional discharge. The Town successfully proved that Piemonte had violated town code by illegally converting 172 Vernon Valley Road, East Northport,  into a multi-family residence and that he had been collecting rent from multiple tenants. The conditional discharge states that the house be restored to a single family residence and that it be brought into compliance with all Town codes.

Judge Hackeling appointed Randy J. Schaefer, an attorney with the law firm Silverman & Associates in Jericho, as receiver. Schaefer will have the authority to collect and hold the rents from the tenants while making sure that the house is brought into compliance with Town codes. Schaeffer is empowered to begin eviction proceedings against any tenants behind in their payments or with expired leases. Having the receiver collect and hold the rents removes any incentive Piemonte might have to delay the conversion.

If Piemonte does not restore the house on his own, Schaeffer can ask the Town to advance the funding for the restoration, with the cost tacked on the property tax bill.

Illegal apartments are something that have become common place in the town of Huntington with many feeling that the town turns a blind eye to the problem.  Illegal apartments place a tremendous financial burden on school districts.  One known landlord in Huntington Station cost the Huntington school district close to $3,500,000 annually to educate the number of students that live in the over crowded apartments.  This problem has been known to plaque Huntington Station for years but has increased dramatically in other parts of the township, including East Northport.  Superintendent of the Huntington School District Jim Polansky stated, “It is important to our students and to the Huntington taxpayers that the district receive what it should from every property within its boundaries.  This seems to be a step in the right direction.”

If Judge Hackeling’s decision was not an isolated ruling, this just may be a step in the right direction in deterring illegal apartments.  With large sums of public money at play and a population of people who can easily be exploited, it is important for the town to monitor this.  Supervisor Frank Petrone’s critics feel he has not done enough to combat this serious issue and may even play a role in the problem.  Regarding this ruling Supervisor Petrone stated, “This is an important decision that should send a message to all absentee landlords with illegal multi-family rentals that the Town will prosecute them to the fullest extent of the law and that the Courts will act aggressively. I commend Judge Hackeling for his strong decision and action.”

Steven Spucces, president of the Greater Huntington Civic Group, stated,“This is a step in the right direction.  Appointing a receiver until Mr. Piemonte’s property complies with Town Code sends a clear message to other landlords who hold illegal rental properties: Your days of conducting business ‘below the radar’ is through. The law-abiding, tax-paying citizens in the Township have had enough of illegal housing and are extremely grateful for the precedent this Court decision sets.”

“I applaud the actions of Judge Hackeling and hope that the decision sends a message to all absentee landlords in the town of Huntington,” stated Councilman Mark Mayoka.

Councilman Gene Cook stated, “I want to commend Judge C. Stephen Hackeling for acting aggressively in a case of an absentee landlord with illegal rentals that the Town of Huntington will not and should not tolerate.  These illegal rentals many times have unsafe conditions that need to be remedied quickly, and Judge Hackeling has taken a stand by appointing a receiver to insure that this will happen.

Residents can send their opinion on this matter to: