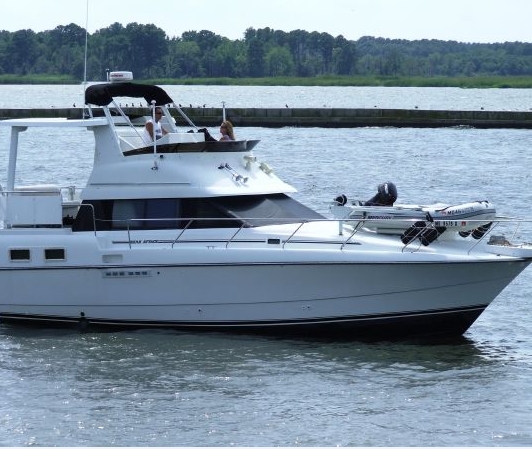 A 34 foot yacht capsized at the entrance of Oyster Bay and Cold Spring Harbor near a popular boating spot known as “The Sandhole” last night just after 10 p.m.  The 34-foot boat carrying 27 people on board capsized and sank in the waters off of Lloyd Harbor after a Fourth of July fireworks display, the U.S. Coast Guard and police said. The additional two dozen people were rescued after the Silverton cabin cruiser capsized shortly after 10 p.m.

Nassau Police Deputy Insp. Kenneth Lack said early Thursday that preliminary indications are the boat cruiser capsized from the wake of other boats, an account supported by eyewitnesses from another boat that picked up many of those thrown into the water. The yacht is now submerged in 60-70 feet of water and officials expect to retrieve the boat sometime today as the investigation continues.

Police have confirmed that the three victims in the 34-foot motorboat that capsized in Cold Spring Harbor last night were children. The victims are identified as David Aurelino, 12, Harley Treanor, 11, and Victoria Gaines, 8.
Facebook Comments must be signed into Facebook