Huntington School District Mourns One of its Own 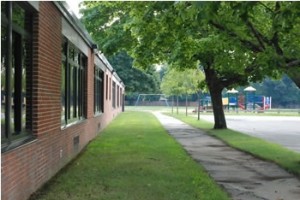 The most American of all holidays ended in tragedy for Washington Primary School third grader Victoria Gaines, one of three local children that passed away when the boat they were in capsized on July 4 at about 10 p.m. after a fireworks show in Oyster Bay.

Ms. Gaines was a valued member of the Washington School community, well-liked by her classmates and cherished by her friends and teachers. Faculty members were devastated upon learning of the tragedy on Thursday.

The Huntington School District’s crisis team began offering grief counseling and support at Washington beginning Friday morning. Those efforts will continue for as long as such services are needed.

“The Huntington school community is deeply saddened to learn of this terrible tragedy,” Superintendent James W. Polansky said. “Our thoughts and prayers go out to Victoria’s family and friends during this very difficult time.”

Visitation will be held on Sunday and Monday, July 8-9 from 2-4 p.m. and 7-9 p.m. at Vernon C. Wagner Funeral Home located at 125 West Old Country Road in Hicksville. A funeral Mass will be held on Tuesday, July 10 at 9:45 a.m. at St. Patrick’s Church on Main Street in Huntington village.

It was not immediately clear why the boat sank, but US Coast Guard and Nassau Police officials are reportedly investigating a number of possibilities.

Ms. Gaines was among 27 adults and children aboard the 34 foot, 1984 Silverton cabin cruiser when it capsized off Lloyd Neck shortly after a huge Fourth of July fireworks celebration ended in Oyster Bay and immediately following the departure of nearly 1,000 boats headed for their home ports after gathering in area waters to view the show.

Two other children on the boat, a 12 year old and an 11 year old also perished in the disaster, which occurred southwest of the Sand Hole, near the entrance to Oyster Bay and immediately south of its terminus with the Long Island Sound.

The other 24 individuals on the capsized boat were thrown into the water, but were saved by private vessels and emergency responders.