Brendan Morrow is a contributer for The Huntingtonian. Brendan just finished his freshman year at Hofstra University where he is studying Communications. He is 18 years old, a life long resident of Huntington Bay, and loves to write about and discuss television, film, and the entertainment industry. 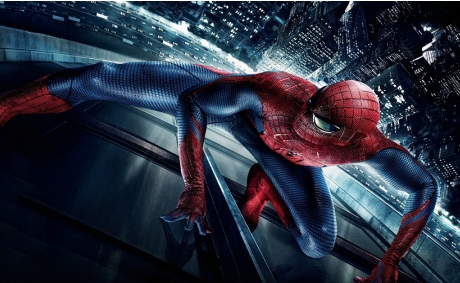 The first question that seems to come into everyone’s mind in reference to The Amazing Spider-Man is, “already?” It’s been only five years since Spider-Man 3 concluded the trilogy of films directed by Sam Raimi, and exactly ten years since Raimi’s first film told the origin story of Peter Parker. Now we have The Amazing Spider-Man, being released around the time Spider-Man 4 would normally be expected in theaters. But no, this isn’t another sequel in that series. Rather, Amazing attempts to reboot the franchise, starting at the beginning with a new director and cast, ignoring all previous installments. For a lot of fans, it seemed like too soon. With the Tobey Maguire films still so fresh in our minds, was now really a good time to start over?

Well, it still may have been too soon, but it doesn’t take long for The Amazing Spider-Man to prove itself and justify its existence. The film opens on a young Peter Parker, mysteriously abandoned by his father and left to live with his Uncle Ben (Martin Sheen) and Aunt May (Sally Field). Years later, Parker is now a teenager and played by Andrew Garfield (The Social Network). He’s a social outcast in school, constantly plagued by bullies and overlooked by girls, still feeling empty inside never knowing what happened to his parents. His quest to uncover the mystery leads him to Oscorp Laboratories, where a sudden mutation gives Parker super powers.

Anyone who has any concept of who Spider-Man is probably knew that already, though. If there’s anything disappointing about The Amazing Spider-Man, it’s that the film spends a bit too much time retreading a storyline most of us are already familiar with, albeit with slight variations along the way. Many of the same plot points from the original film are repeated beat for beat, which gives the first 45 minutes or so a bit of a “been there, done that” vibe. I question whether or not this was needed. The original Spider-Man grossed nearly $1 billion at the box office, so it’s safe to say most people who go to see Amazing this weekend have already seen that one (except, perhaps, for younger kids). If Sony needed to reboot Spider-Man, why not give him a totally new origin story? Or why not open the film with him already being Spider-Man, since most people know the origin anyway?

Luckily, even though we know some of the story ahead of time, the first act of Amazing Spider-Man somehow isn’t at all boring. Mostly this is due to Andrew Garfield, who gives a performance which I find to be superior to Tobey Maguire’s. This Peter Parker is more nervous, angst-ridden, awkward, and a little more believable as a teenager than in previous installments. We totally understand his motivations all the way through, and the transition from Peter Parker into Spider-Man feels natural. Equally interesting is Parker’s love interest, Gwen Stacy (Emma Stone.) The chemistry between Parker and Stacy is fantastic, and it drives the whole film. Their relationship feels real, and not like a simple plot device. The director, Marc Webb, previously brought us 500 Days of Summer, one of the finest movie romances in recent memory, so it makes sense that one of the best aspects of Spider-Man is the relationship.

The supporting cast adds a lot to the movie too, especially Martin Sheen as Uncle Ben and Sally Field as Aunt May. These characters and their relationships are pretty believable and well developed for a movie like this. Our villain is Dr. Connors (Rhys Ifans), a scientist who worked with Peter’s father, Richard Parker, and may just be up to something sinister, obviously. He’s played well by Ifans, though the character never exactly rises above the typical “mad scientist” routine we’ve seen over and over, and his evil plan is pretty typical for a superhero movie. He’s a decent villain, but not a particularly memorable one. That’s fine, though, in a film which is more focused on Spider-Man himself.

Some of the highlights from the previous Spider-Man films were the web slinging sequences, which feature Peter Parker swinging wildly around New York City, shooting web onto buildings, climbing skyscrapers, and traversing rooftops. Despite having only worked on a romantic comedy before, Marc Webb directs these sequences masterfully, as if he were a veteran action cinematographer. Watching Spider-Man swing around the city is absolutely exhilarating, and some of the best action in the entire series is in this reboot. In this case, the use of 3D totally enhances the experience, and is worth the extra fee. We can sense the depth between Parker and the streets below him, making the action scenes fun and immersive.

Many have dismissed The Amazing Spider-Man due to its familiar storyline, accusing it of being an unnecessary cash grab on Sony’s part. It’s hard to blame them. Even hardcore fans can’t help but roll their eyes as they watch Peter Parker wander into a laboratory and be bitten by a spider yet again. But if we can put aside the familiar origin story, I think Amazing stacks up favorably to the original trilogy, and in some ways surpasses it. Andrew Garfield is fantastic as both Peter Parker and Spider-Man, delivering a performance that outshines Tobey Maguire’s. The relationship between Parker and Gwen Stacy is sweet and well developed, more so than in a typical superhero film of this size and budget. The action is exhilarating and immersive, while not being bloated and overused. As unnecessary as it might be, I approached the film hesitant and left excited about the future of this franchise. While not reaching the heights of The Avengers or, most likely, The Dark Knight Rises, The Amazing Spider-Man does exactly what its meant to do, and is a solid jumping off point for a new series.