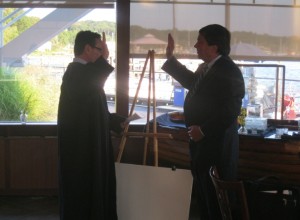 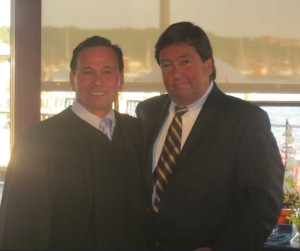 Herb Morrow was sworn in for his 10th term as Mayor of Huntington Bay.  Mr. Morrow joined the Village Board in 1993 as Trustee. He was first elected Mayor in 1994. The swearing in ceremony occurred during a regular meeting of the Huntington Bay Village Board on the evening of July 9th which was held at the Huntington Yacht Club, in Huntington Bay.  Two Village Trustees were also sworn in including Jay Meyer and Donald T. Rave, Jr.  State Supreme Court Judge Rebolini presided over the swearing in ceremony.  A new Trustee, Mr. Dominic Spada will be sworn in at next months village board meeting.  Mr. Spada replaced the late trustee John McCusker who stepped down in 2011 due to health reasons and passed away earlier this week. 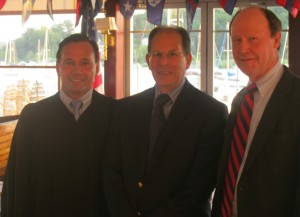 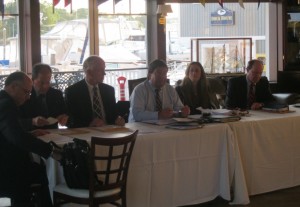