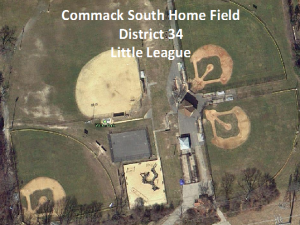 championship is in reach. Commack South is on the verge of advancing to the next round. The District 34 champs are playing right now in region 6 which is Long Island. On Monday July 16th at 8pm Commack South is playing Southampton at Otsego Park-Dix Hills NY.

Below are the records of the 6 teams looking to win the Long Island Region:

It appears in my opinion that North Bellmore and Commack are the 2 teams that will play on Friday for the Long Island Championship. North Bellmore may have the advantage with pitching but both teams have beaten there respective opponents as there 2-0 records indicate. North Bellmore plays Sayville at 5:45 Monday at Burns field in Massapequa.