The Pawn Shop & The Limestone Statue

July 22, 2012 7:57 pm | Filed under: Around Town,Code Enforcement,Investigations,Most Read Stories of 2012,News | Posted by: The Huntingtonian 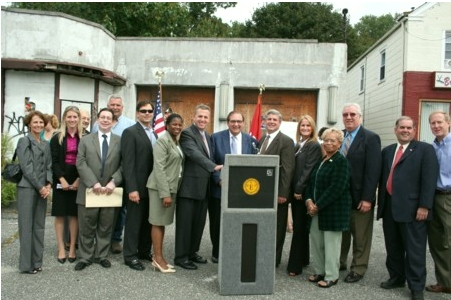 The photo above: 1000 New York Avenue after it had been acquired by the Town because they said it was an eye sore for nearly a decade. The photo was taken in September of 2009.  Promises were made for a Pedestrian Plaza.  According to various press releases and promises from local politicians the project completion date was to be mid-2011.  They even claimed to have secured public funds in the millions for this project.  They even had pretty (and we are guessing costly) drawings of how lovely it would be. (Town of Huntington Economic Development Corporation, Huntington Station Review of Economic Development/Revitalization Initiatives)

Here are some of those renditions: 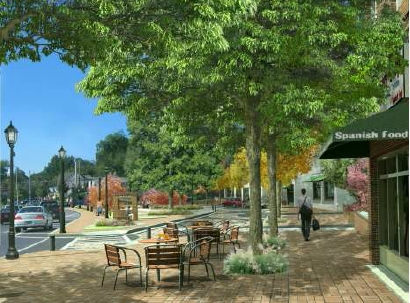 And our local politicians talked about how it would set the tone for what was to come:

“Establishing the environment that draws people to an area is central to its economic revival,” Councilman Mark Cuthbertson said. “When completed, this new building and the plaza in front will become a magnet that will spur commerce along all of New York Avenue.”   (2009)

“The Town is moving to eliminate this long-standing community eyesore as quickly as possible and replace it with a structure that will be a source of community pride,” Supervisor Frank P. Petrone said. “Huntington Station’s revitalization continues, step by step, and this is an important facet of our revitalization plan.”  (2009)

“Last week, an outside appraiser retained by the Town visited the site to conduct an appraisal of fixtures in the building. The Town this week began assessing what remediation measures are necessary and will apply for a demolition permit. The Town projects that demolition will occur toward the end of next month. The Town will be seeking a developer for the property; it expects to issue a request for proposal for a developer early next year”.  (Town Hall Press Release 9/09)

“The community has told us they want this building down, and we are in the process of doing that.  We want something they can be proud of in its place, and we are working hard to make that a reality as soon as possible,” Councilman Mark Cuthbertson said. (2009)

The property is central to the Town’s redevelopment plans, which includes transformation of a 17,000-square foot right of way in front of the parcel at New York Avenue and Olive Street into a pedestrian-friendly, aesthetically pleasing public plaza. (2009)

Nothing happened after the eye sore was knocked down, but maybe that was because the town wasn’t on the fast track until 2011:

“Today’s action puts us on the fast track to redeveloping this parcel. We have eliminated this symbol of area blight, and look forward to creative proposals from developers who see the potential this location has for commercial development,” Supervisor Frank P. Petrone said. (March, 2011)

Potential?? But we already paid for those pretty pictures.

The plans called for “neighborhood friendly and/or convenience retail uses that attract patronage of the businesses and enjoyment of the adjacent pedestrian plaza.”

Even though they didn’t have a developer or a plan the EDC (Economic Development Corp.) did purchase $65,000 worth of limestone statues that will be imported from Colorado and placed in front of the newly opend PAWN SHOP that will remain adjacent to the property.  It is our understanding that the Pawn Shop proprietor signed a 10 year lease with landlord Don Pius. 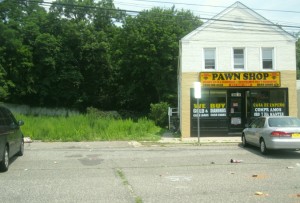 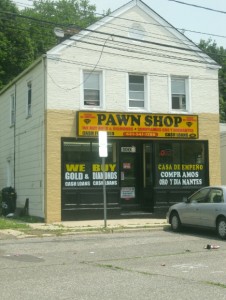 26 Responses to The Pawn Shop & The Limestone Statue