Savannah Trifiro is a Centerport native that graduated from Harborfields High School in 2011.  She now attends Villanova University and is working toward degrees in Communication, Cultural Studies, and Spanish.  Her deepest passions lie in travelling and photojournalism, and she hopes to work for a magazine in the future that allows for such. A bit more about Savannah can be found at savannahtrifiro.blogspot.com.  The following article written by Savannah Trifiro shares her account of a recent trip to Tunisia. 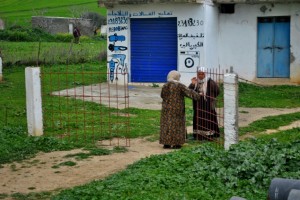 Picture this: Ten students, basically strangers, and two professors all with one shared interest, Tunisia and the Arab Spring. What exactly is it? We have all the representations from the media, but when are they always right? Will I feel safe, accepted? These questions circulated through my head, and the only way to receive concrete answers was by the experiences that had lay ahead; I was tinged with anticipation.

Between the lectures that we had, from the freedom to deeply immerse ourselves within the Tunisian lifestyle, my understanding as an outsider of the revolution and the region was enhanced. Our country falls victim to the issue of creating images, and thus, assumptions about certain groups of people, and countries. As with any stereotype, people judge based upon preconceived notions that are gained from past relations.  For example, September 11th caused many individuals to interchange words such as Islamic and fundamentalist, or Arab and Salafis. Muslims are also categorized by their physical appearance, attire, and any ethnic differences for that matter. We perceive many Muslim females, for instance, by their wearing of the burka, hijab, or niqab.  Often times, these pieces evoke a sense of intimidation or fear, as opposed to being accepted as a tradition of their religion, just as we have within our systems in the US.  In fact, one student shared with us her hopefulness to one day wear a hijab, as determined by her practice and devotion. While we may assume that such coverage is a limitation upon female expression, it is, rather, a mark of their achievements within their faith. 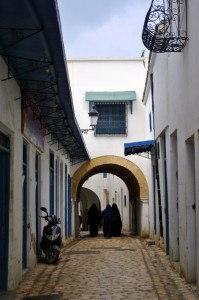 As a result of the way in which the media portrays the Arab Spring, our society has made false assumptions about those taking part in the revolution.  Many of the advocates are students, seeking out the institutions that we take such advantage of here in the US (free speech, free press, democracy, etc.). As our guide Hatem’s wife, Lisa Bourial, stated, the American media tends to only depict the bad. Both here and abroad the news attempts to shape politics, making what they want of stories. Consequentially, the public adopts misconstrued information. Many Americans perceive Muslim society and culture as skewed, violent, and austere. As democracy comes so readily to Americans today, we ignore the fact that this uprising is largely due to the dissatisfaction of young, educated students faced with corrupt regimes; they’re merely seeking out what we established years ago. Speaking with youth while in the country, I was both surprised and impressed with their level of academic study. Most college students spend from approximately 8:00 until 5:00 in classes with nothing but a brief lunch break. In the US, college attendees average only a couple of hours in a few sporadically fallen courses, and yet the complaints are endless. This recent upheaval is by no means the result of large masses of unintelligible, sadistic Islamic individuals, but rather the voicing of students just like those of us here. Fortunately, our group had the opportunity to speak with members from Tunisia Live, the first Tunisian news website in English. A legitimized source is something that our society, both local and global, needs in order to cover political and social occurrences. Finding unbiased news is difficult at a time when the events that are taking place are approached with such a diverse range of emotions and opinions. As a curious American, Tunisia Live provided me with a sort of reassuring and hopeful perspective. 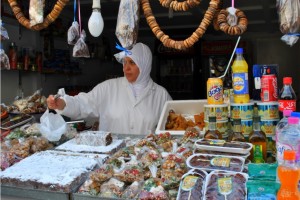 Being able to envision myself within Tunisia, a country saturated with a distinctive culture, completely transformed the way that I identify it. It’s amazing how much directly emerging myself within the lifestyle altered my perspective as a young, college student from a fairly bubbled region of the US. My recollection of the people, the places, the frenzy of the souk, and even the food (sparse as a vegetarian) all reemerge with such a profound, indescribable sense of nostalgia. Yet, it’s a shame that my personal enjoyment doesn’t entail a lack of chaos in the area; such unrest still persists within this beautiful nation.