The Future of Commack’s Marion Carll Farm in Jeopardy

September 28, 2012 6:50 am | Filed under: Around Town,Commack School District,Environment,Investigations,News | Posted by: Dan Fucci 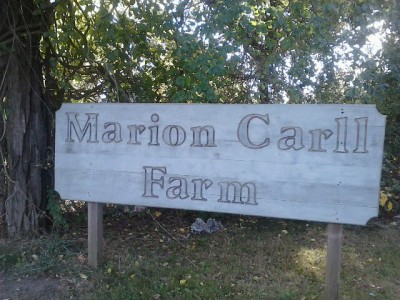 The Marion Carll Farm which is located in the Hamlet of Commack has been the subject of much debate over the past few years.  The nine acre farm, which is currently owned by the Commack School District has been the subject of potential sales to developers and lawsuits over who should own the property.  One thing for sure is that the issue has created some bad feelings between residents of Commack and the Commack School District Board.

The Marion Carll Farm was settled back in 1701. The property is approximately nine acres in size and is located on the western side of Commack Road.  The actual farmhouse itself was built in 1860.  Marion Carll was born in 1885 and lived at the family farmhouse for many years.  She became a teacher and taught in both the Commack school District and New York City Schools.  She taught until 1924 when she retired from the teaching profession.  After her retirement from teaching she went on to accomplish many other things to include becoming a United States census taker from 1929 to 1954, and she also helped organize Commack’s first PTA where she served as PTA President.  In 1957, the Commack School Board named a grammar school in her honor.

Ms. Carll passed away in 1968 at the age of 83.  In her last will and testament, the farm was deeded to the Commack School District.  It is reported that the deed had many restrictions affixed to it including restricting the uses of the property to educational and historical purposes only.  She clearly did not want to see the property developed.  Her niece, Ms. Alberta Ketcham Jenkins was granted lifetime tenancy at the farm until her death in 1993. In 1990 the property was deeded to Western Suffolk BOCES whereby educational and farming classes were held until BOCES broke the lease in 2000 due to reported financial constraints.  According to a letter prepared by the Commack School Board dated June 14th, 2012 the Board tried to transfer the property to the Town of Huntington and the New York State Office of Parks, Recreation and Historical Preservation. 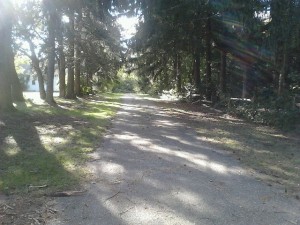 The transfer never materialized again due to lack of municipal funds. In 2009, a group known as “The Holiday Organization”  approached the district about buying the property.  This organization owns the Hamlet. The Hamlet bounds the Marion Carll Farm on the south, west, and north sides.  The Hamlet owners intended to add additional housing onto the Marion Carll Farm if purchased.  Coincidentally,  Huntington Town Supervisor Frank Petrone resides at the Hamlet Club.

Earlier this year heirs of Marion Carll Farm filed a lawsuit against the Commack School District in an effort to have the deed revert back to the family members of Marion Carll. The lawsuit states that the district did not satisfy the conditions of the deed and will restrictions. The deed required that certain conditions be met by the Commack School District.  Those conditions included to maintain the onsite buildings as historical museums; utilizing the land area as a farm school;a school or camp that would benefit the children of the school district; to place a library on the property; and finally to retain the designation of the Carll family name. The only condition that seems to be fully met is the designation of the property with the Carll name.  No other conditions have been met.

The School Districts states that they lack the necessary funds that are required to meet the intended purpose.  The district costs to maintain the farm include security, electric, repairs, insurance and general maintenance, which can be rather costly. The district claims that the cost to maintain the property is $200,000 annually. That claim is met with great speculation by some Commack residents. According to one resident, proof was requested of the district showing maintenance expenditures, and said expenditures could not be produced.

This lawsuit appears to be a way out for the School District who no longer wants to maintain and own this historic property. 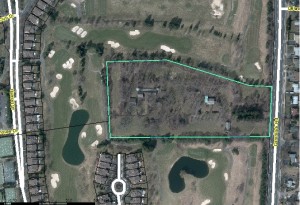 Four individuals have come forward to pressure the school district to actively fight this lawsuit.  They are residents Vito Cottone, Daniel Fusco, Arthur Reilly and James Tampellini.  One of the “Interveners” feels that the school district should fight the lawsuit rather than submit to it.  Marion Carll wanted the land in the hands of the Commack School District for historical purposes and it should remain that way according to one of the local residents.  He followed up by stating that her wishes should be respected. The main concern of these four individuals, is that the heirs will immediately sell off the land to a developer and that would most likely be the surrounding Hamlet Club. They also question why the Commack School District will not sell the land back to the heirs as opposed to just handing the deed over.

It is interesting to note that the Town of Huntington refused to purchase the parcel in 2010 claiming a lack of funds.  Clearly the Town is and has been exercising the right to purchase other parcels in other parts of the town through the use of voter referendum environmental open space park funds.   Some have even suggested that the Town Supervisor is against the acquisition because he would rather see the land fall into the hands of the Hamlet Club for further housing development purposes.  After all, a 2010 purchase price of the land for the low price of $750,000 would have been considered a steal for the Town.

The Farm is on the National Register of Historic Places.