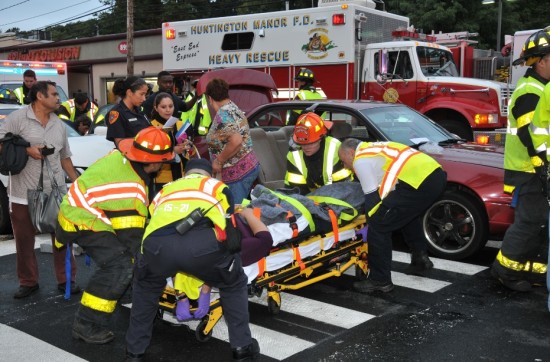 Volunteers from the Huntington Manor Fire Department and Huntington Community First Aid Squad along with Suffolk Police were dispatched to an early morning crash on Jericho Turnpike and Cooper Avenue, in front of the Huntington Station Post Office, at around 7:14 a.m., Saturday, September 29. The four-car accident resulted in four injuries, and Huntington Manor firefighters used heavy rescue tools to extricate several of the occupants from the cars by removing doors and the B-post. Firefighters also applied an absorbent for a resulting fuel spill. About 45 firefighters and EMS personnel were on the scene with three heavy rescue trucks, an engine, three ambulances and a first responder unit. Huntington Manor Fire Chief Gary Hatton directed operations with the support of Assistant Chiefs Fred Steenson, Jr., and Mike DePasquale. 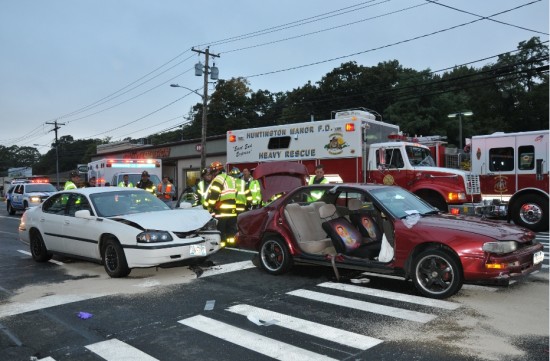