October 8, 2012 5:37 pm | Filed under: Investigations,News,Politics | Posted by: The Huntingtonian 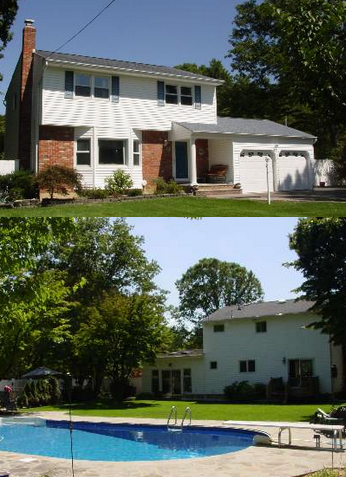 The NY Post is reporting that Congressman Israel received a sweetheart mortgage bailout deal that many others would never qualify for. Read more from the NY Post story below:  Credit: CARL CAMPANILE, NY POST

Banks and members of Congress have something in common: They both get bailouts.

The bank that holds Long Island Rep. Steve Israel’s mortgage has approved a special deal allowing him to wiggle out of nearly $100,000 owed on his Dix Hills home while he unloads the property, The Post has learned.

And Republicans are demanding an investigation.

Israel, chairman of the Democratic Congressional Campaign Committee, is in the same predicament as many other homeowners who bought their properties during an overheated real-estate market, only to see their home’s value plummet: He’s “underwater.”

OUT FROM UNDER: Rep. Steve Israel dodged a $93,000 debt on his Dix Hills, LI, home in a deal that many poorer homeowners can’t get.

The congressman’s mortgage is considerably higher than the value of his home.

But mortgage holder JPMorgan Chase bailed Israel out — by approving what real-estate executives call a “short sale” for $460,000. The deal forgives $93,000 in debt Israel owes the bank — the difference between his mortgage obligation and the sale.

Long Island real-estate brokers questioned the deal because banks have rejected similar debt-reduction breaks for other strapped homeowners with fewer assets than the congressman.

Israel’s financial statement shows he has a separate mortgage and home-equity loan valued at between $250,000 and $500,000 on a second residence — an apartment he owns in Washington. 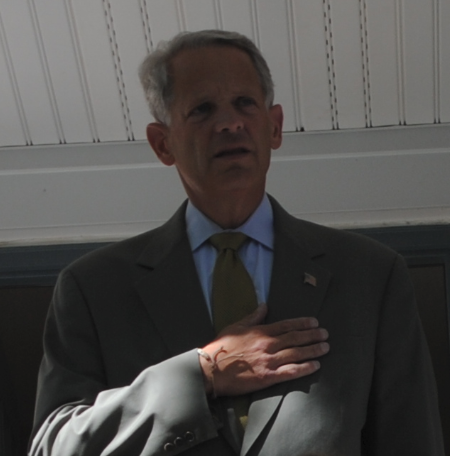 “I don’t understand how he [Israel] is eligible for this program when numerous other homeowners are struggling and are not being given this same opportunity,” said Grace Slezak, owner of Destiny International Realty.

“In my professional opinion,” the 26-year real-estate vet said, “I don’t see how he would qualify for this; it appears highly irregular.”

Israel defended the bank bailout of his mortgage, citing a marital breakup and a depressed housing market.

“Steve and his wife are going through a divorce and were forced to sell their home in a market that everyone understands. They did what everyone else would do: found a potential buyer and had a lawyer negotiate the sale with all parties for a price consistent with comparable homes in the neighborhood,” said Israel spokeswoman Samantha Slater.

But Republican critics were not buying Israel’s explanation. They requested a House ethics committee probe of what they view as a sweetheart bank break for the congressman.

“It is extremely disturbing because there are families across Long Island, struggling under the weight of their mortgages in this economy, who are unable to have their debt forgiven the way Congressman Israel is apparently doing,” said Chris Thompson, campaign manager for Israel’s Republican opponent, Stephen Labate.

The Labate aide also said the loan forgiveness “raises the suspicion of a private deal being made between a bank who received a bailout and a congressman who voted for that bailout.”

Israel voted for the law, the Troubled Asset Relied Program, that provided billions of dollars to banks during the Wall Street meltdown in 2008. JPMorgan received $25 billion, which it repaid, with interest, to the government.